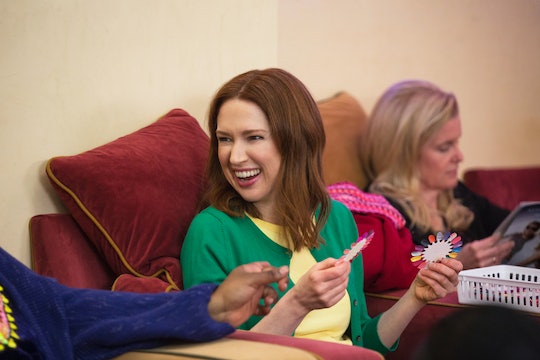 7 Netflix Series To Marathon During This Horribly Cold Weather

As the polar vortex rages on through the Midwest and the Northeast, officials are urging residents to stay inside. In fact, there's a wind chill advisory in multiple states. So if you've already gotten out of going into work — and more importantly, stocked up on food — you might be in search of some entertainment for this snowy weekend. Here are seven Netflix series to marathon while you avoid the cold.

In case you haven't been convinced to cancel your plans yet, here's a little more context on the storm. In the midwest, where temperatures have been below 0 degrees this week, eight deaths have been reported as a result of the cold, according to USA Today. Additionally, numerous people have suffered from frostbite and hypothermia. As the New York Times reported, the Illinois Department of Public Health said more than 30 people in Illinois had been admitted to hospitals earlier this week for the cold-related conditions. Basically, stay inside.

It's hard to know exactly what mood you'll be in during that fateful moment when you have the couch, the TV, and a cozy blanket all to yourself. So for that reason, here are seven very different show on Netflix to marathon watch during the cold weather, from sitcoms to reality shows to horror series.