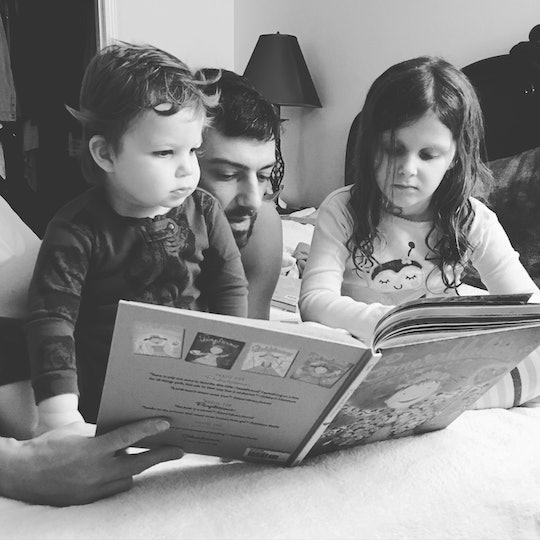 7 Reasons Millennial Dads Are The Best Dads Ever

The millennial dad is the epitome of progress. While many dismiss millennial men as "soft," the new millennial man is an important step towards equality. He isn't a "softer version of what men used to be," he's the kind of man who respects women and is equally present in all aspects of a relationship. Millennial men are redefining partnership and parenting, too. They are more involved, more in-tune, and more aware. So, yeah, in my opinion millennial dads are the best dads ever, because they have realized there is much more to parenting than just fiscal support. Instead, they recognize that in addition to financial support (sometimes, although not always in many cases) they're also responsible for raising and guiding their kids through childhood and into adulthood.

Baby Boomers were also children of war, raised by men who have been through war, taught that "crying was for wusses," told that real men must "act like men," and believed "women's work" was an actual thing. They watched their mothers subservience to their fathers and saw them stay home and cook and clean. This is how Baby Boomers were brought up.

Sure, this is all, again, a generalization. I cannot claim that all millennial men are one way — progressive, feminist, down with equality and inclusiveness, or even involved in their children's lives — or that there still isn't a boatload of work to be done when it comes to gender equality and shared parenting responsibilities. However, it does seem like more and more fathers are changing what society thinks "fatherhood" should look like or mean. They're present, they're involved, and they're, you know, parents.