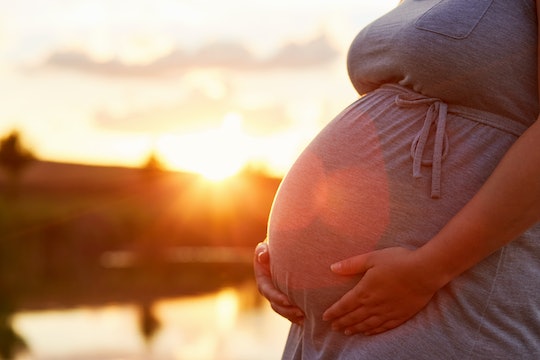 7 Reasons Why Being Pregnant In June Is The Best

I'd argue that no matter what time of year you go through pregnancy, you either love it or hate it. And while the seasons can dramatically affect your perspective, pregnancy symptoms are, more or less, the same regardless. Both of my pregnancies began in late January and ended in October, though, so I've had a bit of experience being pregnant in the Winter, Summer, Spring, and Fall months. Which is why I can honestly say that being pregnant in June is the best, hands down.

Both of my children were due in October. In fact, they were due on the very same day in October, just five years apart. So I considered June to be something of a halfway point, if you will, and it was at that point when I was able to gauge whether or not I loved, or hated, being pregnant. I'd been sick through the entire first trimester during both pregnancies, so I hated my pregnancies up until that point. But then June hit, I was into my second trimester, and my attitude changed entirely. So while it might not see like a big deal, June gave me some much-needed perspective, which just so happened to coincide with the beginning of Summer.

Yes, for me June was a time for celebrating my pregnancy while I could, and when my pregnancy symptoms subsided long enough for me to actually enjoy it. And while no two pregnancies are alike, if you're pregnant in June I hope the following rings true for you, too: