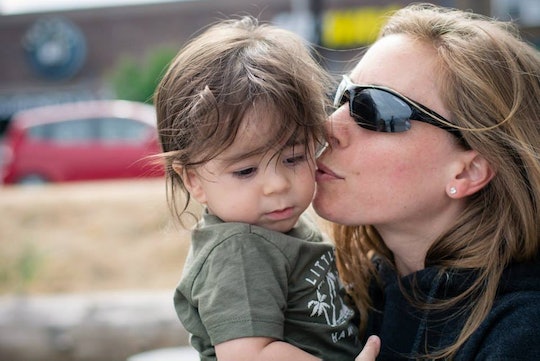 7 Things Every Mom Wants Her Kid's Favorite Aunt To Know

I didn't grow up with a sister, so I have no idea what it's like to share a room, clothes, and friends with a sibling. I do, however, know what it's like to watch my son adore his favorite aunt, who happens to be my best friend. She's the person who makes me feel at home, and watching her relationship with my son grow has been one of the best parts of being a mom. So believe me when I say there are more than a few things every mom wants her kid's favorite aunt to know, and I think it's time us moms pay homage to the aunts, both by blood and by choice, who have made this mom gig a little easier.

The moment I met my best friend was the moment I knew I had met a part of myself I had no idea I was missing. Sounds cliché, I know, or at least a horrible line out of some overrated romantic comedy, but it's true. She has been there through every up and down — from bad breaks ups to the delivery room as my son was pushed into the world — so whenever something big or small happens she's the fist person I talk to. Watching her love on my son as if he was her blood nephew has continued to remind me that some of our most important family members are the ones we get to choose.

We live far away from one another now (literally on the opposite ends of the country), so we don't get to see one another nearly as often as we wish we could. But I'm expecting my second child in Nov and, you guessed it, my best friend will be there to watch her second niece or nephew come into the world. But until then, here are just a few things I want her to know, as the most amazing aunt to my son: