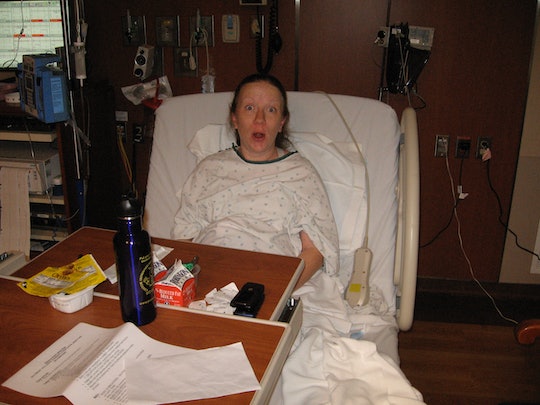 I Wasn't Prepared To Poop During Labor & Delivery

Childbirth is a messy, painful, beautifully disgusting event. When I first found out about the whole pooping while giving birth thing, the idea was pretty mortifying. Then again, I was only about 10 years old and hearing about a friend's mother's birth story. "I pooped while giving birth. That's why her eyes are brown!" She laughed, I blanched. So to say there were more than a few things I wasn't prepared for when I pooped on the table during childbirth would be, by any and all accounts, a grand understatement.

What is that law called where you will always get the thing you want least? Well, I was pretty terrified when I was pregnant for the first time, convinced public pooping was in the cards for me. Still, I was not prepared for what actually happened when I pooped on the table.