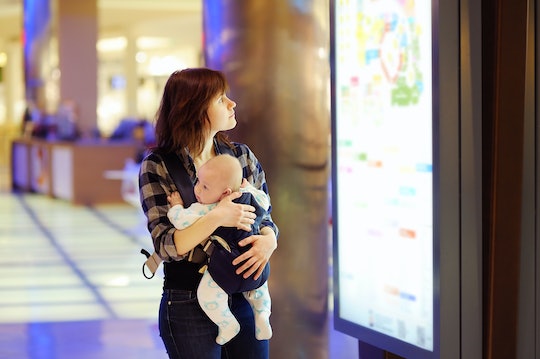 7 Ways Becoming A Mother Actually Made My Social Anxiety Worse

I've always had social anxiety. Ever since I was a kid, simple things like ordering a pizza or calling the bank have made me incredibly nervous, frequently resulting in tears. For years, I thought it was just how everyone felt and I didn't understand why my family made such a big deal about my aversions. It wasn't until I was in my 20s that I realized most people didn't worry about the same things I worry about. I thought as I got older my anxiety would improve, but I was totally wrong. When I had kids my social anxiety got worse, so any hopes of magical improvement went out the proverbial window.

It's not to say that some things aren't easier, because they are. Honestly, I have no choice but to deal with certain situations — going to the pediatrician, going to the library, making dentist appointments — so I've learned how to be OK with the majority of those forced social scenarios. However, other mom things make me sick to my stomach. Things I never had to worry about before I had kids have become major stressors that I worry about constantly. Things that most people don't even think about or totally take for granted spin me out completely.

When I became a mom, I was surprised by how my social anxiety changed, not for the better at all, and definitely different from what I expected. In the end, I've realized that my social anxiety will never completely go away. It will just evolve, and in the following ways: