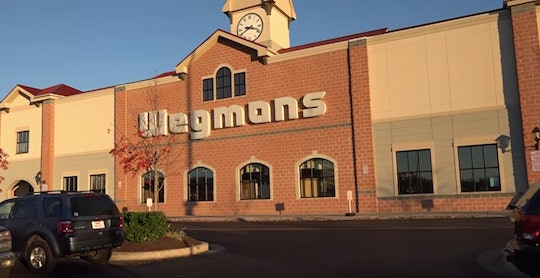 8 Signs You're A Wegmans Mom

I remember walking into a Wegmans up in State College as if I were entering a magical kingdom. My roommate at the time took me on an excursion, saying something absurd like, "Wow, you've never been inside a Wegmans before? But it's the best!" I had to admit I have never visited a Wegmans in my life. I fact, I had never even heard of it. She made it her mission to have me fall in love with the supermarket, though, and she definitely succeeded. I wandered the aisles in awe. Everything was so bright and beautiful. The displays were neat, the produce looked fresh, and the prices were actually decent. I was a loyal fan from the beginning. Wegmans had me.

So, color me surprised when I discovered that Wegmans didn't exist anywhere near my house; a horrible fact I found out after I moved back home. No Wegmans near me at all? That's cruel! That's unusual! That's punishment! While I was trying to figure out my life after college, I was also mourning the loss of Wegmans, the best supermarket I have ever been to. Then, as if the gods smiled upon me, a Wegmans was built about 20 minutes from my house. I celebrated by immediately indoctrinating my family and friends. And then, eventually, I brought my kids.