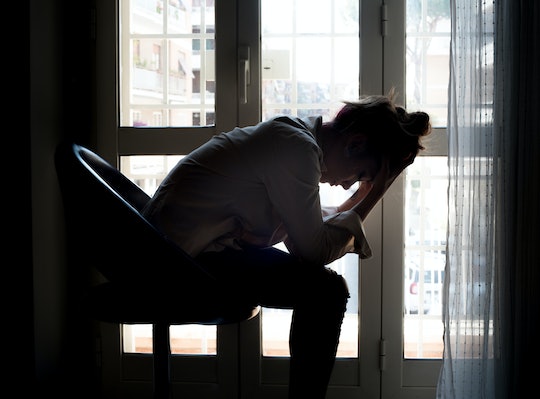 When I became a mom I shed a lot of identities that no longer served me. Some of these included partier, weekend-long-binge-TV-watcher, someone who sleeps in on the weekends, and, well, you get the idea. There are some identities I couldn't shed, though, and being a survivor of sexual assault was one of them. While we're not all the same, and I know I can only speak for myself, I do believe there are things every sexual assault survivor wants people to know when she becomes a mom. Because even though we come from different backgrounds, and live different lives, we do have some things in common. For example, none of us are alone.

It's no secret that surviving sexual assault also often means surviving years, if not a lifetime, of entrenched, malignant shame. Shame so profound and oppressive that it can effect every facet of the way we see ourselves, the way we interact with others, our physical health, and even how much success we are deemed worthy of. That shame even, and perhaps especially, permeates motherhood. Many of us who were abused as children had parents or caregivers who didn't see the signs and couldn't — or didn't — protect us. My own mom was the light of my life since birth, and she didn't know I was being abused until I told her.

The fear that my kids could be in a similar situation, and I might not know it, is absolutely horrifying to me. That fear has definitely impacted my parenting, and that fear is something those around me need to be aware of. So with that in mind, here are a few things every sexual assault survivor wants people to know when she becomes a mother: