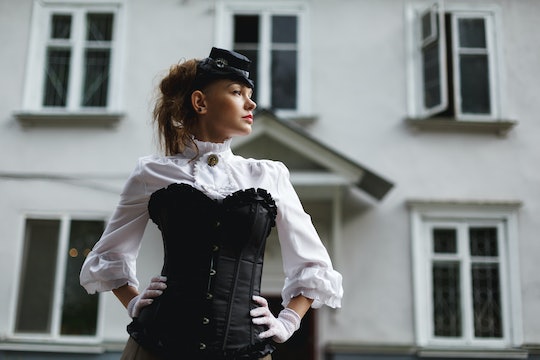 What Victorian Parents Did That Was Just Bananas

There's no faster way to feel better about modern day parenting than peering into the past and learning about parents of past eras. When it comes to the Victorian era, well, that was not a good era to be a child. It sounds like a miserable experience, whether you were poor or rich. It doesn't take much research to learn that we should all be grateful that there are things parents did in Victorian times that no parent would do today.

We sometimes lament the way we were parented, or hear our parents or grandparents lament the way they were parented, citing those ubiquitous stories of having to walk barefoot up hill to school in the snow both ways. However, our grandparents probably had it the worst, or the most closely resembling a Victorian childhood. My grandfather worked in a woolen mill from a crazy young age, collecting bobbins from the skeins of thread or diving down deep into a pit of incredibly flammable fabric. His stories always seemed a bit horrific, but viewed through new perspective in my role as a parent, they're so far from what I would ever fathom for my daughter.

My mom often says she's glad she wasn't born in the days of Laura Ingalls Wilder, claiming she'd be a terrible pioneer. Well, it's a darn good thing I wasn't born in the Victorian era, as the sheer dirt levels alone would have done me in.