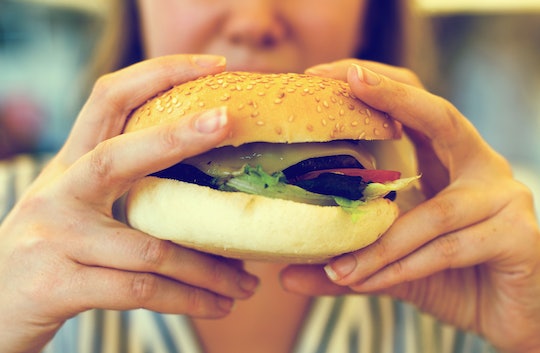 7 Things I'd Rather Have Than Sex After Childbirth

Giving birth should be re-named to something more appropriate, like, "putting your body through its own war" or, "things that sound like a good idea until you're actually doing it." It's referred to as "labor" because it's hard; medicated or not. However, once it's over and you're well into the postpartum phase and have been cleared for sex, there will probably (read: definitely) be things you'll crave way more than sex. Don't worry, you haven't lost your sexiness and you're not abnormal. You're just a human being who has had a baby and, clearly, has their priorities straight.

Of course, that's not to say that if you're totally into sex after having a baby, you're some sex-crazed fiend. Different strokes for different folks, I always say. I'm just saying that an aversion to sex after childbirth, or just knocking sex down on your priority list, is pretty damn normal. My first pregnancy and birth happened in my mid-20s. I was a sprite young gal, despite suffering from and treating my severe postpartum depression (PPD). Pregnancy, birth, and the aftermath of both, all took their toll on my relationship with my partner because, sexually, we were no longer in a space we knew how to navigate. Of course it's natural to have ebbs and flows but when you're caring for a newborn, I'd say it's more pronounced.

When my second pregnancy and birth rolled around I was older and, honestly, already exhausted. Caring for a (then) 5-year-old child and a newborn took more out of me than I could've planned. Now that my partner and I are years into parenting, there's a long list of things I'd rather do than have sex. It's not personal or indicative of my relationship with my partner, but things change; both mentally and physically. Plus, and it's worth repeating: I'm freakin' tired. Besides, when you have two kids roaming through the house at all times, getting busy isn't always feasible or practical (yes, this is what I tell myself).