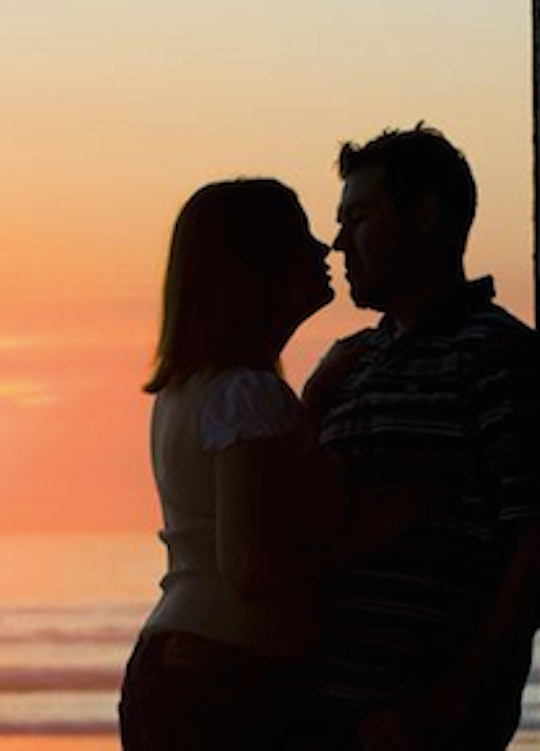 I Wanted To Have Sex Immediately After My Baby Was Born

We've all heard the childbirth horror stories. The screams of anguish that spring from unfathomable pain. The tearing. The blood. The poop. For me, that was all true — and then some. In my experience, childbirth was a horror movie come to life, if horror movies had happy endings and left you with the literal warm and fuzzies. And peaking of happy endings, childbirth came with one side effect I wasn't prepared for. An insatiable desire to have sex right after baby was born.

During my pregnancy with my son four years earlier, my sex drive surged. I don't know if it was because I was cooking up a future teenage boy or just my body's natural surge in hormones, but I was rearing to go nearly my entire pregnancy. Sure, I felt like crap most of my pregnancy, but it was a horny kind of crap. My husband, however, was feeling less than lustful about getting it on during my pregnancy. He worried sex would hurt the baby, even when I tried to assure him those fears were unfounded. We had sex periodically, but my husband just wasn't that excited about it. Needless to say, I frequently had to take matters into my own hands.

The birth of my son was a long, drawn-out process, with a labor that lasted more than 30 hours and left me exhausted. I had an epidural, and while I was grateful for the pain relief, I felt the epidural slowed down my recovery process. My nurse had to practically carry me to the bathroom after my son's birth. I didn't want to move. I felt not only physically numb, but also emotionally numb for several hours after my birth. I tore during birth, not to mention experienced plum-sized hemorrhoids, and was in no hurry to resume sex. The six-week wait was fine with me.

Fast forward four years later to my pregnancy with my daughter. The pregnancy sex drive surge never hit. I was even sicker this time around than I was with my son, and pretty much miserable for nine months straight. I couldn't wait for her to be born, and I wasn't worried about labor because I knew I'd have an epidural again. Needless to say, my birth plan was more like a birth fantasy because everything went unexpectedly.

I spent three days with very mild, on-and-off contractions before the pain picked up enough following a night of Fourth of July fireworks for my husband and me to head to the hospital just after midnight. By the time we made the short drive over, the pain from my labor was so intense I could barely walk across the parking lot. The nurses put me in a hospital room and clumsily poked around for a vein to start an IV so I could be prepped for an epidural, but there was no time. Within minutes, I was bleating like a goat and dilated to an eight. My daughter came flying out. The pain was indescribably intense, but it was over as soon as it started.

I'd birthed a baby just a few days ago, yet I was somehow eager to stick things back in where a giant head had just made its exit. Sure, I was a little sore, and I'd sustained a small tear again but otherwise I was feeling pretty good. Unfortunately, sex and anything resembling it was out of the question. Doctors typically recommend waiting at least six weeks after childbirth to resume sex, not three days.

In fact, the very idea that I craved sex so soon after childbirth was hard to admit, even to myself. It went against every preconceived idea I had about childbirth. Remembering what it was like after I gave birth to my son, I figured I'd be too exhausted and sore to get dressed in anything other than sweatpants, let alone for sexual activity. And sure, I was tired and overwhelmed, but I was also in need of release. Of sexual healing, if you will. I also wanted to be physically close to my husband. To feel like a desired woman again and not only a milk cow.

I found other ways to have "fun" in the meantime, both alone and with a helping hand.

I did some research, and realized, to my surprise, that I wasn't alone. On the baby boards, some women admitted just waiting a week or two after childbirth to masturbate or engage in sex acts with their partner. I was relieved to learn I wasn't the only one who felt this way. More than that, I realized I wasn't wrong for feeling this way. In learning there were other women who experienced sexual desire and even acted on it so soon after birth, I was reassured that my feelings were normal, if not often discussed. I wasn't some pervert with warped priorities. I was a normal hormone-charged postpartum woman.

I ultimately did wait the recommended six weeks before resuming penetrative sex with my husband. However, I found other ways to have "fun" in the meantime, both alone and with a helping hand. My husband and I made the choice to wait for sex because I didn't want to risk interfering with the healing process, and my doctor asked that I wait until after my six-week checkup to resume sex, when the doctor could confirm that I was healing properly from birth. And for us, that just seemed like the right choice.

After two totally different births and postpartum experiences, I've come to realize no woman's pregnancy and childbirth story is the same as any other woman's. We each have different emotions and different experiences. Our pregnancies and birth stories can't be fit into cookie-cutter molds to fit society's expectations. Yes, I was moody, overwhelmed, happy, and sad all at once, not to mention exhausted beyond belief. But bearing children didn't totally take away my sex appeal or my sex drive — especially the second time around. And that's totally fine.