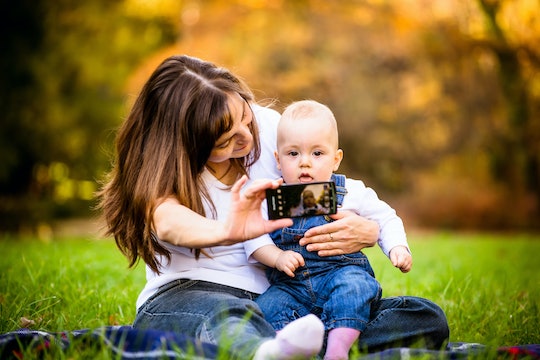 8 Times You Probably Shouldn't Brag About Your Kid

I typically believe that most parents brag about their kids because they're proud. Their hearts are in the right place and they just can't help expressing how excited they are about the abilities and futures of their always-growing children. I'm the first to admit that you can often find me gushing about my daughter and some seemingly mundane thing she did, but I also know that there are times you probably shouldn't brag about your kid.

Parenthood is complicated and not every single trajectory of every single child's development is the same. So I've learned that you actually have to be a little careful when it comes to bragging about your kid. The last thing most of us want to do is make any other parent feel badly about their kid's progress, and sometimes that means keeping your mouth shut even when you'd love to be shouting from the rooftop that your 2-year-old toddler is now, officially and finally, potty trained.

Of course, most parents also realize that a little bragging is expected and almost uncontrollable when you're a proud parent, and most of us give other parents the benefit of the doubt. Still, and regardless of your intentions, there are just a few things to keep in mind when you're about to blurt out that your daughter is speaking full sentences at 2, and starting to read at 3, and will probably cure cancer by the time she's 5.