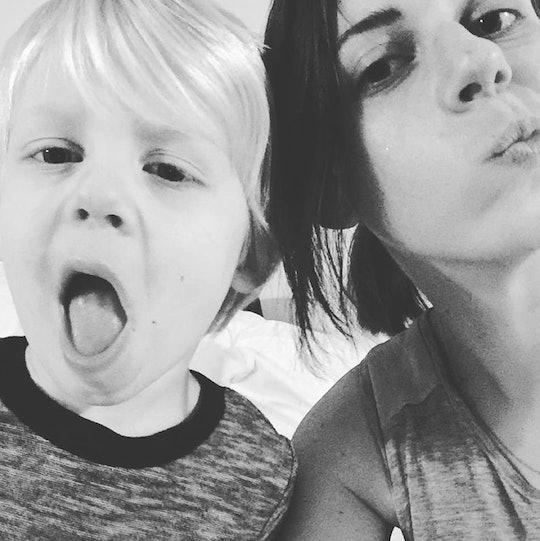 If you have spent any amount of time in a Women's Studies course or in online feminist forums, you have certainly heard the term and probably wondered, "What is the Male Gaze?" It's one of those oft-cited ideas that, even if you never officially learned about it, you can probably guess based on context what it's about. But just so we're on the same page here, the "male gaze" is a term that was coined by feminist film theorist Laura Mulvey in "Visual Pleasure in Narrative Cinema." (OK, I do get that the preceding sentence makes it sound like we're about to have some length academic lecture in here, but I swear it's all really interesting.)

Essentially, Mulvey argues that visual media is built around the idea of a male viewer in its creation, consumption, and projection (aka, the characters within that medium). Translation to parents: TV, movies, art, potentially even story books, and certainly advertising will often support the idea that when women are present (more on that in a bit) they are first and foremost objects of male pleasure. Our kids will be exposed to TV, movies, art, storybooks, and advertising. If this sounds like a giant bummer to you, you're totally right: This is a giant bummer, guys.

The idea that well-rounded women are underrepresented in media is not some baseless academic claim put forth by caterwauling feminist conspiracy theorists. According to a study conducted by the Center for the Study of Women in Television and Film at San Diego State University, women comprise a mere 22% of protagonists in films released in 2015. (And even when we are represented, things can get a bit predictable.) I'll give you a minute to make this face:

Anyway. This is a problem, especially because it's not just media where we see this problem (though, even if it were, that's still a problem). Women are underrepresented in leadership positions in government and in corporate culture. "Well, yeah, representation is an issue, but that doesn't mean there's a pervasive societal problem of women being viewed as objects of male desire in real life." Two words: street harassment, which all but proves that when men in a society are passively (and eh, not so passively) taught from entertainment, advertising, and the ruling hierarchies around them to view women in ways that are dismissive of their equality at best, and often casually dehumanizing for the sake of male sexual pleasure, those lessons will translate to men unquestioningly regarding (and treating) women as objects whose whole existence is ultimately to serve their visual and tactile desires.

Phew. OK. Side bar: What's truly exhausting about the paragraphs we just trudged through is that none of that is new or revalatory information. That was merely the basic, surface take on this monumental, complexly ingrained social mindset that undeniably affects literally every aspect of how women are allowed to exist in the world in all spaces, including their own perceptions of themselves (which, make no mistake, were carved and formed by the same influences that shaped the mindsets of their male oppressors). Like, it's all a sh*tshow, and this is merely the surface.

Now, of course, it's probably impossible to know for certain if lack of media representation is a source of these problems or a symptom of it. The answer is almost certainly found in some complicated spot between all of these tightly interwoven threads. As such, it is crucial to address any of these issues wherever we see them in every effort to ameliorate all of these problems.

Children learn about the world around them through the media they consume. Moreover, these media are often tools that help them interpret the world (and their place in it). Addressing, and undoing, the male gaze is therefore an important step in their feminist education, especially for our sons. Our daughters will internalize the very male dominated perspectives they see and must be made aware of the ways those perspectives will permeate their own experiences. But I would argue that it is more important for our sons to recognize what's going on here, since they will probably not have a lived female experience to draw from to counter what they see. (And, of course, we all know that feminism is as beneficial to sons as it is to daughters.) So how can we get our little guys to see through all this B.S.? Here are a few thoughts about raising tiny, woke human men.