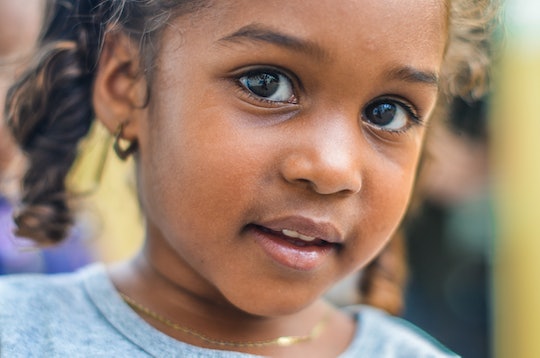 Piercing a baby’s ears is one of those controversial issues many parents face. For some, it's just a choice. For others, it's on par with mutilation. But how harmful is it to pierce a baby’s ears? Who make that decision? Why do some people see this as child abuse, while others think it’s just what their mothers did, and so on? While everyone has their reasons, and it's ultimately a personal decision (like any other parenting decision) I think there are some things white families don’t get about piercing baby’s ears.

Growing up Latinx, everyone around me had pierced ears. That’s just how things were done. I never questioned why girls had them and boys didn’t, nor did I question why young baby girls had their ears pierced at such a young age. I didn’t think anything of it, and the pain a baby might experience never even crossed my mind. I’m not entirely for or against baby ear piercing these days. I’ve had my ears pierced again later in life (a second one in the lobe) and it wasn’t really all that painful.

I also recognize there are some issues (like issues about gendering kids based on jewelry, or the right for every human being to have bodily autonomy) also at play. Regardless, I totally get why Latinx (and other non-white) parents get a bit frustrated at the accusations hurled in their direction. So, if you're wondering why some families pierce their baby's ears, think of these viewpoints first: