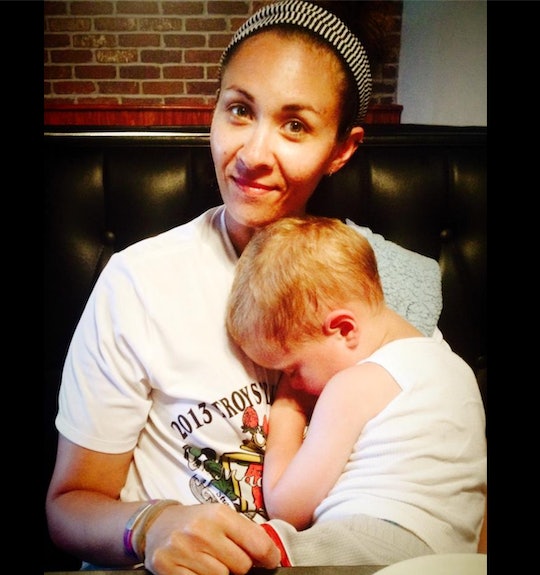 9 Ways I Kept From Losing Myself In Motherhood

The days after I brought home my firstborn, my daughter, I remember feeling so incredibly lost and like the biggest parts of me had vanished overnight. I hadn't realized it'd actually been a slow process, as pregnancy stole little bits of me every single day. The woman I once was would try to dissolve, until all that was left was the parts of me related to being a mom. Over time, and after the birth of my son, I've found ways I kept from losing myself in motherhood because I couldn't, and wouldn't, endure it again. Not that way.

When I had my daughter, I didn't know what the hell I was doing. Every step was a new lesson in humility and grace under pressure (still is, actually). At 24, in a relationship with her father (un-married) for not even a couple of years, it felt like we grew up together. In going about it this way, I was definitely susceptible to losing whatever pieces were left of me. When you're a stay-at-home-mom, alone with a new baby while your partner works full-time, it's hard not to.

Five years later, after surviving postpartum depression (PPD), two miscarriages, and fertility issues, I was better prepared when I finally heard a strong heartbeat during my son's ultrasound. Before I claimed that pregnancy and shouted it to the world, I knew myself and what I needed to do in order to make sure I didn't repeat the same patterns I had with my daughter. In turn, I think they now both have a better mother. On that note, these are some things I did to maintain my identity as a woman, partner, sister, friend, daughter, and anything else unrelated to motherhood. To be clear, if I hadn't I wouldn't be writing this today.