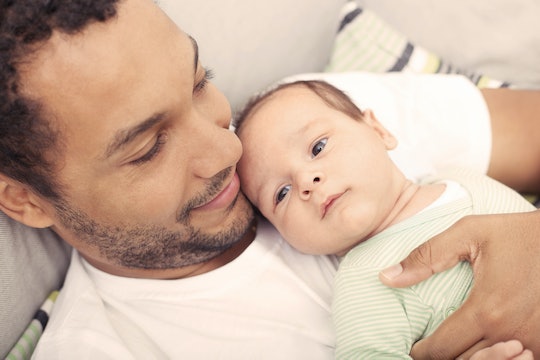 I am a capable person. I get things done, at work and home. I make lists and set deadlines and I like things done a certain way. I'm productive and have a good work ethic, but sometimes I have been known to try to take over or micromanage tasks.

The area I have noticed this personality flaw the most, is in my role as a parent. I share the duty with my husband and the father of our son and, while not intentional, I've noticed moments when moms like myself don't realize we're shaming dads. Despite the best of intentions, I have had to come to terms with the ways I might be doing a disservice to the man my kid calls "Dad."

It can be hard to ask for help if you're a confident go-getter like myself, but parenting alone is really hard. So, if you have a parenting partner, it makes sense to enlist their help as much as possible. Dads aren't just useful "helpers" who should only be involved when they're asked to be. Instead, they should be involved on a constant basis, because they are equal parenting partners and they deserve the respect and prestige of being a full-time parent, not just the accolades of mother's trusty assistant.

There are certainly some ways I inadvertently downplayed my husband's role or shamed him as a dad, but the first step in fixing a problem is admitting there is one, right? So, well, here it goes: