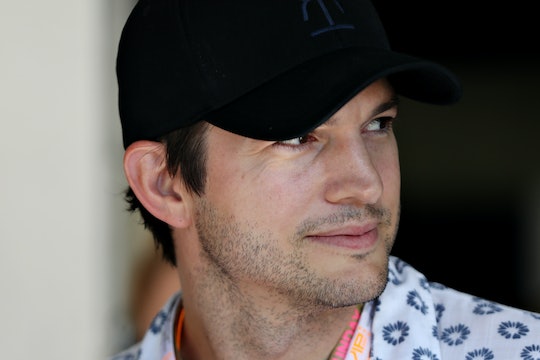 Ashton Kutcher Explains Problem With #AllLivesMatter With Anecdote About His Kids

With Black Lives Matter protests happening in all 50 states in the wake of the death of George Floyd, Ashton Kutcher tried to explain why saying "All Lives Matter" misses the point with an anecdote involving his children.

The 42-year-old father of two began his video shared on Instagram by discussing the response he had gotten after he posted a black square and "BLM," which stands for Black Lives Matter, on social media. "A lot of folks responded, 'All Lives Matter' and I want to talk about that a little bit," he began.

"I don't think the people that are posting All Lives Matter should be canceled. I think they should be educated," Kutcher said. "We all agree all lives matter, but I had a really poignant experience tonight when I was putting my kids down to bed that lent the words for why Black Lives Matter."

"So when it comes to Black Lives Matter. I think what folks that are writing 'All Lives Matter' need to understand, is that for some people," he continued as he began to choke up. "For some people, Black lives don't matter at all."

"So while you may have the best intentions in saying 'All Lives Matter'" he concluded. "Remember, for some people, Black lives don't matter at all."

When people respond to Black Lives Matter or "BLM" by saying "All Lives Matter," it downplays the racism and fear Black people have to deal with on a daily basis. Whether this is done intentionally or otherwise, it's seen by many as dismissive of a very real problem.

As civil rights activist and co-creator of #BlackLivesMatter Alicia Garza explained in a 2014 essay for The Feminist Wire: "When we say Black Lives Matter, we are talking about the ways in which Black people are deprived of our basic human rights and dignity ... #BlackLivesMatter doesn’t mean your life isn’t important — it means that Black lives, which are seen as without value within White supremacy, are important to your liberation."

Kutcher isn't the first celebrity to respond to social media users adopting the #AllLivesMatter tagline amid protests. Earlier this week, Seth Rogen told one person who used that phrase on his Instagram post, "You don't deserve my movies anymore," while singer Billie Eillish wrote in a rant on Instagram that those who are saying "All Lives Matter" should "stop making everything about you."

A long history of systemic racism still looms in today's world, so beyond posting #BLM on Instagram or attending a protest, there are many ways to support the Black Lives Matter movement and take a stand. You can donate to the many organizations fighting for racial justice, sign petitions, or read a few books to help better under the issues of racism in America.