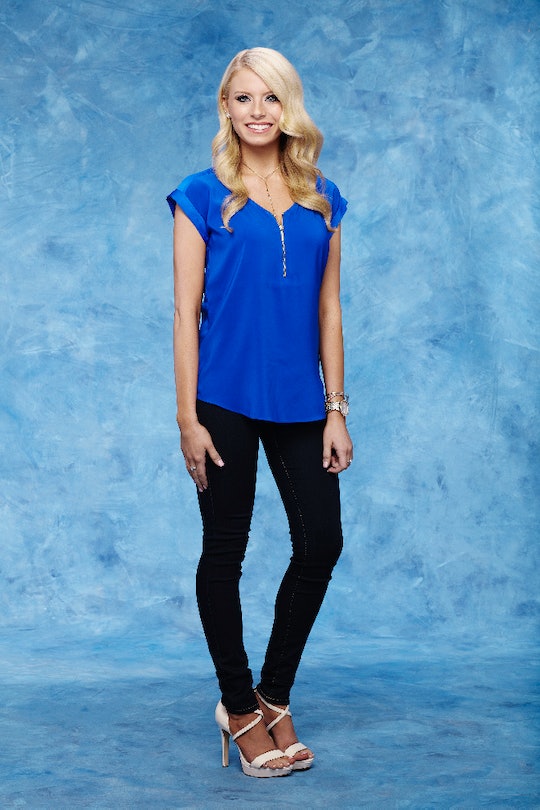 This season of The Bachelor has given us plenty of women to talk about. Fans of The Bachelor and even those who have only seen previews, can't seem to stop talking about the twins and their listed occupations, which, er — were "twin." However, The Bachelor's Emily's Instagram and Twitter prove she's not just a twin — she is more.

Following the elimination of twin Haley in a tearful elimination ceremony at their home in Las Vegas, the 22-year-old got to show her personality in the show, without the label of twin and having her sister by her side. So far, it has been great. Last week, Emily finally let Ben know about the trouble fellow contestant Olivia Caridihas been causing in the house and what kind of person Olivia really is, which is just plain bad ass. Her social media shows that she is just as cool in real life as she is on the show.

She is not afraid to make fun of herself

Ferguson posted this photo to her instagram, poking fun of the image of her with a knife, comparing herself to similar knife wielder, Taylor Swift, in the music video for "Blank Space."

She has the cutest dog ever.

She posted this photo of her adorable dog to her Instagram page calling her dog the cutest chunky monkey ever." Awwwwwwwwwwwwww.

She is just as obsessed with Netflix shows as the rest of us.

She posted these twitter statuses within one day of each other proving that even contestants on The Bachelor get sucked into television shows just as much as the rest of us.

She is not afraid to indulge.

Three words. Oh my god. I love a girl that is not afraid to post food on Instagram, let alone doughnuts.

She says what everyone is thinking.

Knife-wielding aside, I think Ferguson is right when she says that it is time to say goodbye to Caridi and start focusing on other contestants. Just maybe without the knife this time.

She loves makeup just like the rest of us.

Ferguson has been kind enough to tweet out the makeup products that she has worn on the show saving us fans from spending too much time googling the answers.

All in all, I think it's pretty clear that Emily deserves a chance to win our hearts — even if she can't win Ben's.