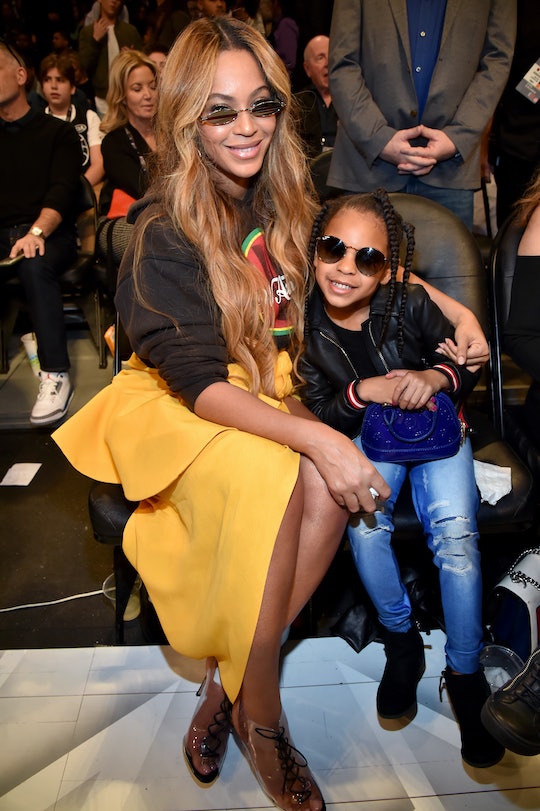 As the beloved and adorable daughter of music's coolest couple, Blue Ivy Carter has been glimpsed court-side at sports games and backstage at Hollywood awards shows. With that kind of pedigree, it’s really no wonder that Beyoncé and JAY-Z's oldest child lives a truly fabulous life. In fact, Blue Ivy's cutest moments over the years show she’s a star in the making. Honestly, though, she’s already been one for years.

Beyond getting glimpses from her parents, Beyoncé’s mother, Tina Knowles Lawson, often documents her granddaughter’s sweet and funny moments on social media. For example, it was her grandma who showed the world that 7-year-old Blue Ivy is a fabulous dancer and is also very in tune to etiquette and manners. With twin siblings Rumi and Sir, who were born in July 2017, it seems that Blue Ivy has really cemented leader status in the family, with a lot of family posts dedicated to her natural talents and adorable humor.

So without further ado, here's a look at some of the most adorable moments showcasing Beyoncé and JAY-Z’s firstborn, Blue Ivy, who her adoring grandma once told Us Weekly was "the second Queen B.” TBH, it’s hard to argue with that.

This article was originally published on Oct. 29, 2019