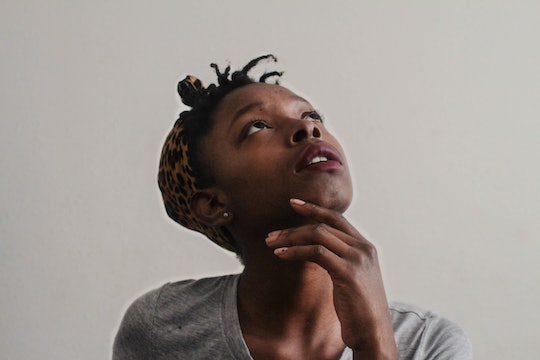 Allow me to tell you two completely accurate, but wildly different versions of the same story about breastfeeding my first child. Here's the one I usually share, since it gets to the point: I enjoyed breastfeeding my son. Sure there was a learning curve, and I had pumping issues later on, but it was nothing insurmountable and he only weaned at 17 months old because I said so. The End. Now, let me tell you the version that led me to believe, unequivocally, that breastfeeding is not always a choice.

The first three days of my child's life, he nursed every 20 minutes, for an average time of anywhere between 15 and 30 minutes. This meant sleeping, maybe, in 20 minute increments, and feeling like a human milk machine during my waking hours, which were close to 72 hours stretches. I'd had a c-section, and (through clerical error) the hospital hadn't taken me off a liquid diet, so I wasn't getting the appropriate nutrition that would have been ideal for getting my milk to come in. I didn't know how to get my kid to latch properly, so my nipples were in constant pain. It was the most emotionally raw, harrowed, defeated, and hopeless I'd ever felt in my entire life, and I only had to deal with this level of awfulness for three days.

On day three, after a sobbing conversation with the wonderful maternity nurse on duty, I realized I could not go on at this pace, and supplemented with a little bit of formula. This helped get me, and breastfeeding, on track. After that, things were infinitely better, but still hard. I spent two or three weeks of my maternity leave, re-energized and determined, almost entirely on my couch learning how to breastfeed. My partner (who had a generous paternity leave) would bring me food, water, whatever reading of viewing materials I required to not go completely stir crazy, and a clean shirt every now and then (one that wasn't covered in spit-up and enormous milk stains). Within a month, things were pretty seamless, and the already minuscule and infrequent formula supplements we'd been using were no longer required. We'd done it! My baby was "EBF," exclusively breastfed. I'm not telling this second story to, in any way, suggest that, "If you just push through you'll be able to do it!" In fact, I'm telling you this story to ensure that the exact opposite can be, and for so many breastfeeding women is, true.

In many cases, no amount of "patience" or "pushing" or "determination," is going to get someone to be able to breastfeed successfully. Despite the steep learning curve I faced (the pain, boredom, physical difficulty, and having to deal with healing from surgery while doing all this) I had innumerable privileges that many people do not have. From the paid maternity leave, to the partner who also had paid leave and who brought me sufficient food (which we also had that not everyone does), to a network of emotional support; I was damn fortunate. Another way I was #blessed was the fact that my child didn't have allergies or physiological or health problems that made breastfeeding difficult, and he didn't reject the breast after receiving formula. I also had the great fortune of not having issues with supply (including oversupply). So on top of being privileged, I was just lucky. I've known women who have gone weeks or even months, trying to "push through" issues like these (among others) to no avail, and it hasn't been due to lack of effort on their behalf. Those ladies were rock stars, every one of them, and fought harder than I think I ever could have in their shoes. In short: You can try your absolute hardest at something with everything that you have, for as long as you like, only to be left without; heartbroken and defeated and unable to experience what you had set out to experience.

Current American maternity leave policy (that is to say, the fact that America has no real maternity leave policy to speak of) stacks the deck against nursing mothers. So does the fact that employers frequently ignore laws about pumping. And, of course, there's the fact that the current generation of nursing mothers likely did not grow up seeing breastfeeding in their families or communities, so there's a multi-generational unfamiliarity with the practice; learning by example was an enormous boon to our ancestors and likely contributed to their successes. Add to these barriers physical and emotional difficulties with breastfeeding and you have great swathes of mothers who, despite noble, even Herculean efforts, are unable to breastfeed.

For the sake of argument, let's say that physically, a woman is able to give her baby breast milk. I would argue that just because something technically works doesn't mean it's working. Could I have physically continued sleeping in 20 minute increments for days, weeks, or months? Probably. But I don't even want to begin to think what havoc that would have wrought on my well-being and, by association, my child's. Being successful in breastfeeding doesn't simply mean "the baby is being fed." It means, "the baby is being fed in a way that is physically and emotionally sustainable for all parties." Or, well, it should.

Breastfeeding was my choice. Other mothers choose formula and should be equally supported in that decision. However, among those of us who chose one way or the other, it's important to remember those of us who were dealt an untenable, even impossible hand, and did not have the same luxury. Breastfeeding isn't always a choice, so it's time we stop packing it as a decision, and start seeing it as an option some women have, and some women don't.

More Like This
Why Does My Baby Cough While Breastfeeding? Experts Explain
23 Sweet Quotes To Dedicate To Your Rainbow Baby
"Crybaby Ambulance" In Europe Will Help Exhausted Parents
Double Your Fun With These Instagram Captions For Twin Pics