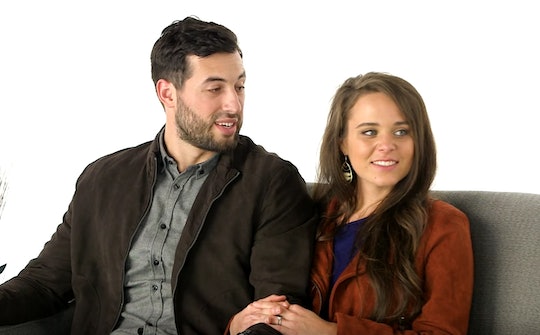 It feels like it has been such a long time since TLC's Counting On has been on TV. Season 8 of the show finished up in October, and it's been an incredibly tiresome four months since the show was on air. But there is some good news for Duggar family fans. People will be delighted to hear that Counting On Season 9's premiere date is sooner than they think. As in, the premiere will be here within a matter of weeks.

By now, everyone is probably familiar with the Duggars — the family of Independent Baptists with 19 children, who have been mainstays on TLC since the early 2000s. And now that the Duggar children are older with lives and kids of their own, following along with them has been so much fun. So, of course, fans have been looking forward for the new season of Counting On to start. And the new season of the show is guaranteed to show some pretty amazing moments in the lives of the older children in the Duggar family.

The newest season will be seven episodes long, according to People, with each episode being one hour each. And the best thing is, fans won't have to wait too long.

Season 9 of Counting On premieres on Monday, Feb. 11, on TLC, according to People. Yay!

This new season seems like it will be incredible. The newest season of Counting On focuses on Jinger Duggar giving birth to her daughter, Felicity, and follows along with her for the first few months of parenthood with her husband, Jeremy Vuolo, as People reported.

This season will also focus on John-David Duggar, as he proposes and gets married to his now-wife, Abbie Grace Burnett. And fans will get to see Josiah Duggar and wife, Lauren, embark on their honeymoon and experience life as newlyweds, which is where the last season of Counting On left off.

The trailer for the show also promises that another Duggar family member has a surprise in store — but it's not yet clear what that surprise is. It could very well be the news that Jessa Duggar is expecting her third child.

Needless to say, people will definitely want to be tuning in to this season, especially to get a glimpse at the super cute Duggar grandbabies.

But serious Duggar family fans are well aware that these events have already happened. Jinger gave birth in July, and her birthing special was posted on TLC's website a month later. And just a few weeks after John-David and Abbie married in November, their two-part wedding special aired on TLC's website. Not to mention, fans have been keeping up with all of the siblings on their social media accounts, where they frequently post super adorable photos of their kids when the show isn't airing (thank goodness).

But that isn't to say that fans have seen it all. As per tradition, TLC saves some never-before-seen details from these very important life moments when airing them on Counting On. So, if fans think they have seen everything they needed to see from John-David and Abbie's wedding, they might want to rethink that. Plus, it wouldn't hurt to have a refresher on Jinger's birth story or John-David and Abbie's whirlwind romance.

So, this new season of Counting On is definitely something that people want to tune in to, as if they didn't have multiple reasons to do that already.