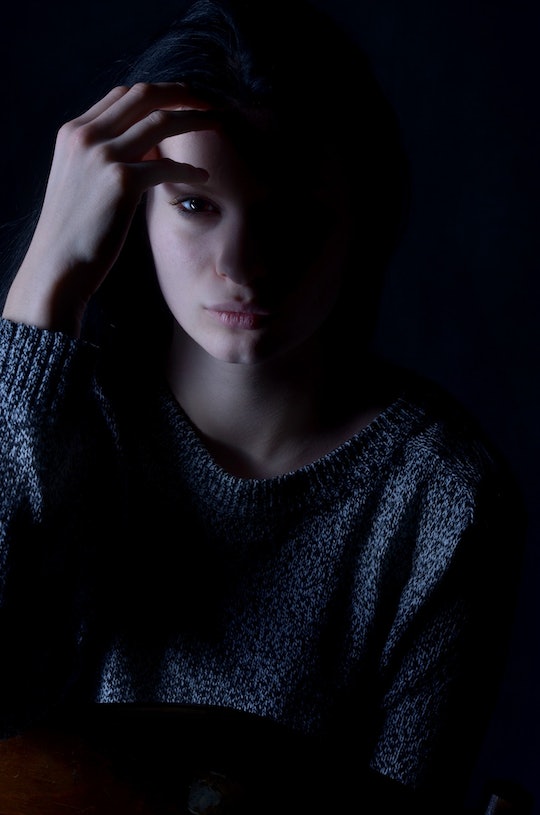 How Many Cases Of Postpartum Depression Lead To Suicide? Statistics Don't Say

When becoming pregnant, many moms will quickly start reading What to Expect When You're Expecting, attending lamaze classes, and preparing for the physical changes they'll undergo during pregnancy. Most don't spend any time learning about their mental health or how childbirth could affect their moods and emotions — and that's a mistake. With one in seven women experiencing postpartum depression in the year after giving birth, the willingness to seek effective treatment is paramount to ensuring the health and safety of both mom and baby. While there are no available statistics on how many cases of postpartum depression lead to suicide, untreated mental illness — including PPD — is the No. 1 cause of death by suicide.

Though PPD is a common postpartum condition, it frequently goes undiagnosed by medical professionals. According to Postpartum Progress, only 15 percent of women with PPD ever receive professional treatment. Whether that's due to healthcare providers who don't screen for the condition or scared moms who don't report their symptoms because they fear having their child taken away, the fact is hundreds of thousands of families are at risk every year because of PPD. While I don't have children, I do have a long history with depression and anxiety, so I'm here to tell you: There's no shame in asking for help.

The first step to feeling better is being able to recognize the symptoms of PPD. For example, there's a difference between PPD and the "baby blues." While anxiety, fatigue, and mood swings are extremely common in new mothers, such symptoms typically last just a few days to a week or two after your baby is born — and that's what's referred to as the "baby blues." PPD, on the other hand, is characterized by insomnia, severe mood swings, intense irritability, difficulty bonding with your baby, loss of appetite, and thoughts of suicide, among others. What's more, these symptoms can persist for several months and greatly impact your quality of life.

Untreated PPD can put you and your baby in serious danger — and if the condition develops into postpartum psychosis, the results could be devastating. Katherine L. Wisner, lead author of a 2013 study on PPD published in JAMA Psychiatry, said:

In the United States, the vast majority of postpartum women with depression are not identified or treated, even though they are at higher risk for psychiatric disorders. It’s a huge public health problem. Screening for depression in the postpartum period will save lives.

If you think you might be experiencing PPD, don't panic — the condition is absolutely treatable. Schedule an appointment with your doctor and speak candidly about your PPD symptoms and struggles. He or she may refer you to a psychiatrist or psychologist for further evaluation. Whatever you do, it's important to follow through on the course of treatment prescribed, whether that includes therapy, medication, or some combination of the two. If you have thoughts of harming yourself and/or your baby, call the National Suicide Hotline at 1-800-273-TALK (1-800-273-8255), 911, or other emergency services right away.

Suicide is the second-leading cause of death in postpartum women, but you don't have to become a statistic. With proper medical care and support, you too can experience the joys of motherhood.