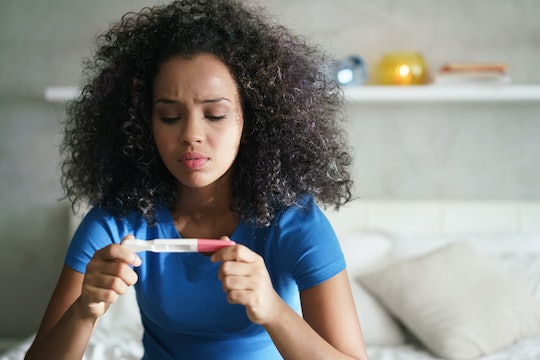 How To Support Someone Trying To Conceive, According To 8 Women Who've Been There

Pregnancy isn't easy, but for many people trying to get pregnant isn't easy, either. Hormonal imbalances, chronic illness, or being under or overweight can all impact a person's ability to conceive. Smoking and drinking, steroid use, certain STDs, and having an undescended testicle can impact a male partner's ability to conceive, too. And friends, that's just the tip of the iceberg. The entire process can be stressful, which is why we should all consider ways to support someone trying to conceive. Chances are high you know someone going through this very process and, after all, it takes a village.

While I have not personally experienced this struggle (I have difficulty staying pregnant rather than becoming pregnant), I currently have several friends who are trying to conceive and feeling extremely frustrated by the process. One friend recently became pregnant after nearly a year of trying via IUI and, eventually. IVF. Another friend finally got pregnant after she and her husband had adopted a baby (they were still thrilled, of course). And, of course, I have more friends who are still anxiously awaiting the day they get to hold a positive pregnancy test in their hands.

As a friend and someone who knows what it's like to watch your reproductive plans completely derail, I've tried to support my friends through this process as best I can. From listening to their stories to trying to be sensitive to their struggles, there's only so much you can do as someone on the outside looking in. But that doesn't mean we shouldn't do whatever we can to support those trying to conceive, including the following: