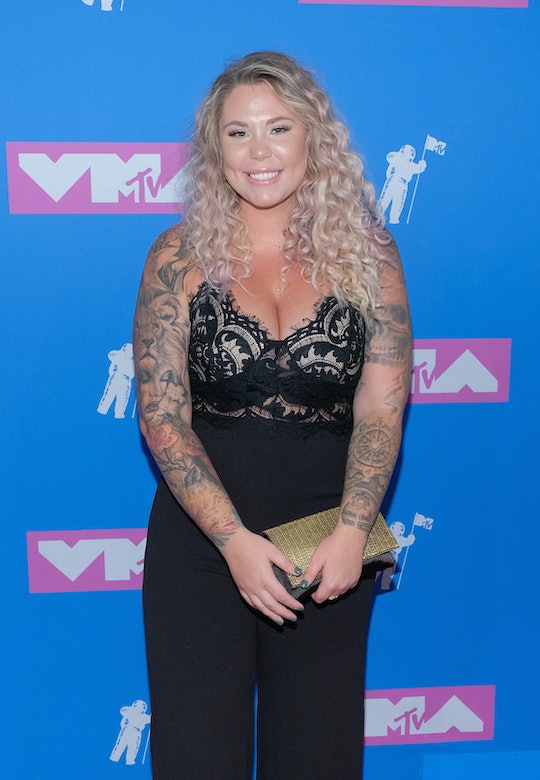 It may be 2020, but the internet mobs of mom-shaming vigilantes are still out in full force. For example, in a recent tweet reply to a posted TikTok video, Teen Mom 2 star Kailyn Lowry hit back at criticism she faced over her young son, 2-year-old Lux Russell, being in diapers.

The hubbub was started on Monday when Lowry tweeted a short TikTok video of Lux dancing to music in his diaper. She referenced the video's hilarity with three cry-laughing emojis, but many commenters decided to skip over the cuteness and go straight for mom-shaming. "I think you are one heck of a mom Kail but really???? Lux needs to be out of diapers," one person responded. "His full diaper is a nice touch!!!" said another. Ugh.

Fortunately, Lowry has never been one to take criticism lying down and was quick to snap back with some mom truth. "Lux turned 2 in August. I'm not going to rush him into something based on someone else's standards," she tweeted back to those who were apparently bothered by her son's diaper. "What works for us is waiting until he's ready. Not when IM ready."

And as for when Lux will be ready, only time will tell. And even if Lowry did want to force him out of diapers before he was ready, it likely wouldn't work. Potty training only works when children are both physically and emotionally ready to make the transition out of diapers.

Additionally, the right age for potty training varies from one child to another. While some toddlers may be on their way to the potty full-time as early as 18 months, others aren't ready until they are 3 or 4 years old, according to Healthline. Once they make the transition to diapers during the day, some kids will stay in diapers overnight until they're as old as 5. So, yeah, Lux still being in diapers at 2 years old is really not a big deal at all.

This isn't the first time that Lowry has responded to mom-shaming on the internet. Over the years, she has experienced more than her fair share of bullying. Last March, for example, she had to hear from those who thought Lux's hair was too long. She wasted no time clapping back with a tweet saying, "I’ll cut it when he tells me he wants to cut it. But you can mind your business lil momma."

Later in the year, critics managed to find fault with her calling her children by their middle names. Apparently you can shame a mom for anything if you try hard enough — *insert eye roll here* — but Lowry refuted that nonsense, too. "Awe, thanks for your concerns guys, but my kids respond to their first and middle names... even Isaac. Nobody’s confused. Have a nice day!" she tweeted.

Lowry obviously knows her children best and, TBH, it looks like little Lux is pretty content to dance around in his diaper for the time being.