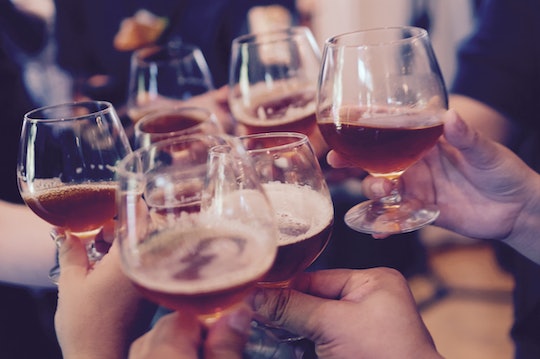 Late Nights Without Kids Vs. With Kids

I'm lucky to have had a fun, satisfying life before and after having kids. However, sometimes it's nice to remember the carefree good times I had when I had fewer responsibilities. So every couple of months or so, I decide to meet up with some childfree friends and spend a night having some non-family fun. Fun in theory, at least.

It's definitely fun at first. I get to relax a little, see people I haven't seen in a while, and not constantly scan the room for potential dangers at toddler height. But inevitably, I get a brutal reminder of just how severely my party muscles have atrophied. After trying to cobble together a meal out of "light bites" and finding myself staring down the barrel of a vicious hangover (totally unfair when you haven't even had that much to drink!), a night of reading and re-reading Goodnight Moon doesn't seem so bad.

I know I'm technically the same person I was before I got pregnant and holed up with my husband and kids, but some nights "pre-motherhood me" feels like a different species than who I am now. A more effortlessly stylish, put-together species, with a much higher tolerance for alcohol, noise, crowds, and teeny-tiny overpriced food. Sigh.