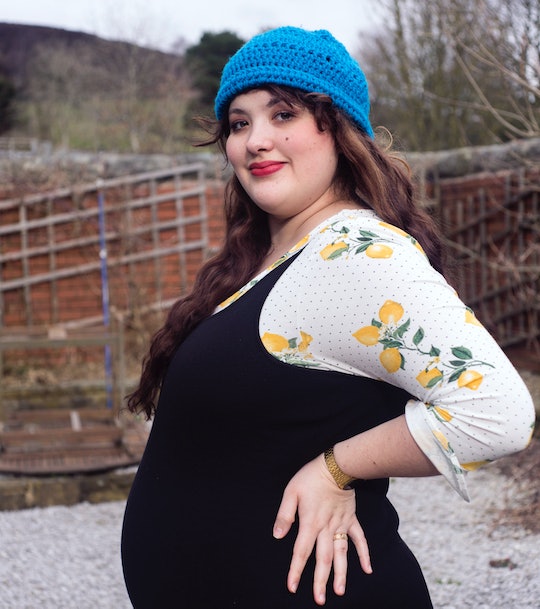 Not Planning My Pregnancies Doesn't Make Me A Bad Mother

Long before I got pregnant with my first child, I knew I wanted to be a mother someday. I was that kid who gave their Barbie dolls tiny babies to look after; the teen and 20-something who'd insist on checking out the baby clothes section of Target just because "look how damn precious that romper is." I never imagined that I'd experience unplanned pregnancies. After all, becoming a mom was something I deeply wanted and envisioned for my future. It was an instinct within me long before I was even old enough to date.

I gave up hope of conceiving my own kids around age 14, though. It was the first time a doctor told me I was likely infertile due to my polycystic ovarian syndrome — a condition characterized in part by excess male hormones in the body and lack of ovulation — and high weight. Doctors would keep telling me this for the next 10 years. "It's not in your cards, honey," some would muse. "With the help of some costly fertility treatments, maybe — but, probably not." Or, "With the help of a 100-pound weight loss, um, perhaps?"

A few months before my 26th birthday, however, I learned that I was expecting my daughter. At the time, I was on the contraceptive pill in an attempt to regulate my periods, although I still never actually had any. I showed no signs or symptoms of pregnancy until the halfway point. It was a surprise, to say the least. But it also ended up being the best thing to ever happen to my husband and me.

About a year after our daughter's birth, we found out we were expecting a second. Again, I was on birth control. Again, I was taken by surprise (although we found out much sooner this time around). Again, I concluded that an addition to the family would actually be a beautiful thing. Motherhood had been exhausting, at times. Demoralizing at others. It is inexplicably rewarding and magical, too.

But, again, some folks have jumped at the opportunity to call me "irresponsible" upon learning about the impending arrival of our second little girl.

I always try to be honest about all facets of parenthood, so I received plenty of backlash for not knowing about my first kid until so late into the pregnancy. I heard countless jabs about the "mistake" I was making, and how deeply I was "ruining my life."

We often create very strict ideas of what it means to be a good parent, or a bad parent.

Recently, one Instagram user wrote me after I made a joke about making lemonade out of life's many surprises (something I mostly said because I was wearing a lemon bodysuit in my pregnancy announcement). "Your kids will love to see you calling them lemons when really you could have been smarter about this second one," they wrote. "Life was not throwing lemons at you. You chose to be irresponsible a second time."

The suggestion here was clear. Unplanned pregnancies made me "irresponsible," ignorant, and subsequently not as good a mother as someone who spent time planning out their desired date of conception.

In actuality, about 50 percent of pregnancies are unplanned, according to The Shriver Report. "This is not, however, usually due to failure to attempt contraception," they explain. "About 90 percent of sexually active women use some form of contraception. The 10 percent of women who do not use contraception account for approximately half of unplanned pregnancies, but the other half occur in women who were attempting to use some form of birth control." Although many of these pregnancies might end in termination, there is absolutely nothing to suggest that those that do not result in unloved, or otherwise poorly looked after, children.

Whenever anyone shames a woman for an unplanned pregnancy, it almost always seems to come down to a few core reasons. Maybe she is a teenager, and not perceived as old enough, or mature enough, to raise another human. Conversely, she could be old enough to warrant all those, "But aren't you worried you won't have the energy for your kid?" remarks. Perhaps the mother doesn't earn a lot of money, and has no savings to speak of. Perhaps she's on government benefits. Maybe she's single, or otherwise leading a lifestyle that isn't believed to be suitable for children. A lifestyle that occasionally involves drinking, or smoking cigarettes, or (gasps!) having sex with multiple partners. Maybe the shamer in question assumes she didn't use birth control out of "stupidity" or "impulsive" behavior.

Most of these thought processes are rooted in classist, ageist, or sexist values. We're conditioned to believe that poor people don't make good parents (and along with this, that kids require a lot of money and stuff). Mainstream media tells us that teen moms are scandalous — suitable protagonists for scaremongering TV shows, but not worthy of any actual respect. We're taught that single parents (as well as ones in non-conventional, non-monogamous, or non-heterosexual relationships) cannot possibly raise well-balanced children in the way a traditional mother and father pairing might. As a result, we often create very strict ideas of what it means to be a good parent, or a bad parent.

The thing is, my husband and I tick a lot of the boxes for "things thought to make a good home for babies." We're married. We both have jobs, and mine allows me the ability to work flexible hours from home. We live in a comfortable house, in a progressive neighborhood, right near a park and school. Sure, we still rent, and don't have a dollar in savings, but we get by.

Children thrive off love, first and foremost, and both my partner and I have a hell of a lot of that for our daughter and the baby in my belly. They don't thrive because their mother was 37, or 27, or 17 at the time of their birth.

That I feel the need to defend myself — to share this list with anyone — is a problem in and of itself, though. Still, whenever someone calls me "irresponsible" for not planning ahead (or, I don't know, for having kids in my late 20s as opposed to my late 30s because "that's just not what people should do anymore"), my instinct is to get ready for a fight. To list all the reasons I'm a damn good mother. To shame the person back, for being intrusive, presumptuous, or suggesting that my children are mistakes, simply because they were surprises.

My children have been unplanned. Although I always wanted them, someday, I did not carefully map out their arrivals. And yet, they also happen to be unbelievably wanted. My husband and I cherish the opportunity to raise two little girls in a household that is free of body shame and full of empathy. We cherish the chance to raise kids who know how to love themselves and others. We cherish the chance to see them develop into teens and young adults who, erm, don't spend their time trolling strangers on the internet.