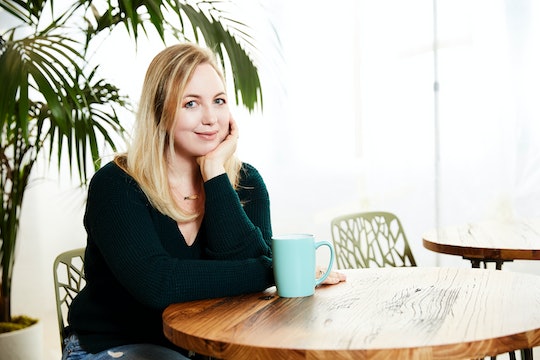 I’ll always remember the drive to the hospital the night I went into labor; my boyfriend at the wheel of the CRV we’d just bought to replace his beloved but battered bachelor-mobile; my mom and my 14-year-old sister ensconced in the back seat, fresh off a flight from California. The first contraction had arrived as I ate a bite of cake after dinner; much to my surprise, the next one followed promptly five minutes later, and so did the next. Now it’s a birthday cake! we’d laughed. And in a disorienting matter of minutes we were barreling across the George Washington Bridge, the freezing black depths of the Hudson below, the lights of Manhattan ahead. Between contractions, which were becoming steadily less festive-feeling, emotions crashed through my body: excitement, dread, turkey burger regret, a sense of something monumental, a deep feeling of love in the car combined with utter disbelief that I would soon meet my own child.

There was also the fraying, persistent anxiety that I had failed, utterly, to buy a baby eye patch.

In the past nine months I’d devoured countless articles and read many books on the incubating, birthing of, and caring for babies. I especially found myself drawn to the lists; I read them all and took them very much to heart, compiling various lists (three baby washcloths! Four absurdly tiny sweaters! A snot-sucker!) into my own master list. Ever so diligently, I’d procured each and every recommendation, except for one (1) single, solitary item. A baby eye patch.

And so it begins: the love and the worry stretch out endlessly before you, forever intertwined.

Why, you may ask, would anyone possibly need a baby eye patch? I did not know then, and 15 years later I have only a vague theory, but what I did know was that, along with “nasal aspirator” and “diaper ointment,” my list said baby eye patch and I should have managed to get one.

It seems ridiculous looking back, but I was genuinely worried. What if I need one, and we don’t have one? I agonized. Or, even worse: What if we end up needing one just because we DON’T have one? Isn’t that how things go?

Somehow, I had failed already. As the car sped forward, my mom rubbing my shoulders from the backseat and my sister shiny-eyed and thrilled, I agitated over this detail, a tiny, “silly” thought that, by the time we reached York Avenue, I had worried into a profound omen.

I didn’t realize then that the worry wouldn’t abate with the birth of my child, that in motherhood, as you let go of one concern, another pops up. Gazing at the face of the tiny human you’ve shot into the world, you’ll suddenly wonder, “SHOULD I HAVE GONE WITH THE NARWHALS INSTEAD OF CARS FOR THE CRIB BEDDING?!” And so it begins: the love and the worry stretch out endlessly before you, forever intertwined.

And that’s what this Romper issue, So It Begins, is all about: assuaging some of those worries with concrete, helpful advice and the message that we are all in this proverbial 2003 CRV together.

What better way to kick off an issue devoted to helping moms-to-be feel prepared and in good company than an afternoon spent with Laura Prepon, the woman known to millions as the smoldering, morally ambivalent heroin trafficker Alex Vause of Orange Is The New Black. As you’ll discover reading Ej Dickson’s profile, Prepon had not only survived but thrived in the cutthroat entertainment industry for the two decades before she had her daughter. And yet, she describes marriage and motherhood as “an upheaval in the most incredible way,” something that “completely changed my life.”

And as I know so well, there’s a lot of uncertainty, questioning, and self-doubt that can come along with the transformation of diving headfirst into a new adventure for which you simply cannot have any experience until you’ve already arrived. So It Begins is (I can’t resist) a labor of love, from Romper to all our fellow moms-to-be, because while we know you can never really be completely “prepared,” we also know that it sure helps to have smart advice, helpful recommendations, and a constant reminder that you are not alone.

Sometimes it also helps to know how other people do it: In this edition of Expense Report, our series that offers a glimpse into the spending, scrimping, and wishing that defines parenthood, a couple making $34,000 a year tells us exactly how much they spent preparing for their first baby — including what they actually ended up needing, and what they didn’t.

In Contain Yourself, our voyeuristic look inside spaces belonging to fascinating people, Romper Senior News and Entertainment Editor Lauren Cox takes us inside designer Rebecca Minkoff's ~pumping drawer~. Shot on location with her baby at her NYC apartment, the photos will make you want your own pristinely organized drawer, of any kind, so prepare to be KonMari-ing some mismatched socks and old T-shirts out of their resting place very soon.

And sometimes it helps to be reassured by someone who’s a little further ahead in her motherhood journey — enter our resident advice-giver-outer, Jenny True. With her trademark mix of hilarity and heart, her latest Ask Jenny column answers the existential question that rattles everyone crossing the bridge into motherhood: “But what if I’m not good at this?!”

This Book Belongs To is our series celebrating the children’s books that build their little forts in our memories and refuse to vacate. For this edition, Bustle Digital Group’s Director of Brand Initiatives (and founding Managing Editor of Romper) Margaret Wheeler Johnson pays homage to the genius of Gerald, the confidence-challenged hero of Giraffe’s Can’t Dance. This smart, poignant essay offers a reminder that you may not have time to read Gabriel García Márquez right now, but a hero’s journey is only ever a giraffe in a tutu away.

And then we get to the brass tacks — the lists and guides you’re waiting for from moms who get it (ahem, us). We finally built Romper's Ultimate Baby Registry, painstakingly curated by our Senior Lifestyle Editor Anne Vorrasi. It’s basically our version of that Google doc made by that one friend of a friend, the spreadsheet that gets shared around because the Anonymous Walruses out there know it’s just that good. These are the products that worked for our editors when we had new babies, or the products we wish we’d had and are almost too excited about.

Next, there’s Labor Intensive, our comprehensive guide to everything you need to know to be prepared (as you can be!) for labor, delivery, and those first few days with your baby. This is the resource you’re going to want to bookmark — trust me.

Finally, as part of our ongoing Instagram series #Before9am, country star Jana Kramer fills us in on everything she gets done before most people have their coffee.

We will always remember the day we meet our child, but so much more can be traced back to those first moments together.

About that eye patch… Readers, she never did end up requiring it. My baby girl “arrived” (oh what a charming euphemism!) approximately 10 hours later, healthy and hale, and by then I had moved on to more pressing concerns and anxieties (such as: NOW WHAT?).

But there’s a reason that, 15 years later, I can still viscerally recall my concern over that superfluous item. It’s easy to give in to the suspicion that bringing a small human into the world is a magical feat of alchemy that can be tainted by spilling the baby shampoo, or leaving that one thing on your list unchecked. But there are no talismans, there’s just you, waiting to feel like you know what you are doing.

We will always remember the day we meet our child, but so much more can be traced back to those first moments together. For me, amid the agonizing uncertainty, there was the inkling that, in spite of the fear and overwhelm, I (and my contracting uterus) was rising to the occasion. To see the mother I would become, and the beginnings of the best thing I’ve ever done, I just need to go back to that CRV ride. As I can say now, so it began.

More Like This
Dr. Jill Biden Just Delivered Some Frank, But Powerful, Advice On Motherhood
30 Marvelous Baby Boy Names That Start With “M”
Sex And Mom Guilt: When I Date Someone New, Am I Cheating On My Kids?
Reddit Applauds Mom Of Five Who Stood Her Ground & Left Sleeping Dad Behind