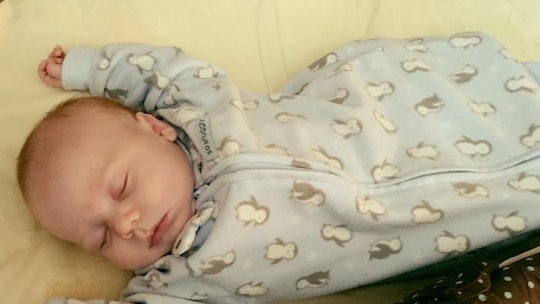 Sorry, But That Baby Monitor Is Making Your Mom Life More Exhausting

When I was pregnant the first time, I registered for a ton of baby gear that was supposed to make my life as a mom easier. Then I had my baby and realized that so many of those so-called essentials were unnecessary, hard to use, or worst of all, made life more difficult. One of the biggest culprits, my friends, was the baby monitor. In fact, in many ways I think my baby monitor is making new motherhood more exhausting. Which really sucks, because new motherhood is already exhausting enough.

I totally have a love-hate relationship with baby monitors. I mean, it's nice to be able to get sh*t done or take a damn shower while your baby is napping, to be able to sleep in different rooms, and to theoretically not have to worry about your baby when you can't be with them. But my monitor actually makes my anxiety worse. I think it's partially because I expect it to go off, so I lie awake staring at it wondering when it will happen. The less sleep I get, the more anxious I become, too, so it's an endless counter-productive cycle. It's also never set quite right. Either it's too sensitive, causing me wake up and check on my son more frequently than I really need to (like when he makes even the slightest noise in his sleep) or I can't hear him.

I thought getting a video monitor would be better, but no. It turns out, sleeping babies are creepy AF, and you'll often see things (or think you see things) that make it impossible to go back to sleep. As bad as it gets, I am so anxious about something happening to him at night that I can't just shut it off. It's so freaking exhausting, which is why I think all of us moms would be better off if we just ditched the baby monitor altogether, and for the following reasons:

More Like This
Should You Swaddle Your Baby In The Summer? Here’s How To Dress Them
Why It's Crucial to Get Good Sleep As A New Mom — Plus, Tips On How To Do It
New Infant Safe Sleep Guidelines From The AAP Discourage Bed-Sharing
The FDA Is Warning Parents To Not Use Baby Neck Floats After One Infant Died