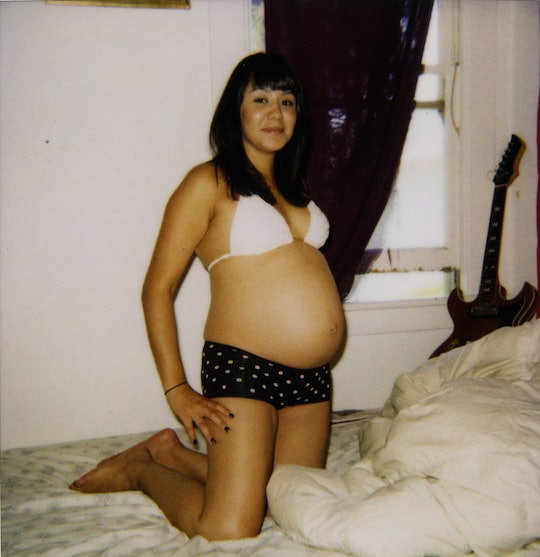 Do you ever look around at people and think: “Most of you are here because two people had sex.” OK, maybe that’s just me, but that's a thought I have sometimes. For what seems like forever, you’re told that sex needs to be taken seriously because it could result in unwanted pregnancy or disease. And, ya know, fair. But baby-making and disease-spreading aside, when you’re a kid in health class, nobody ever cops to the real reason to have sex: It can make you feel really good and it can be very, very fun.

As a (mostly) responsible sexual person, consensual sex was a somewhat selfish and mostly fun event. Not interested in having kids, but very interested in having sex, I used protection and waited until the time seemed right to turn the act of selfish pleasure into the means to reproduce. My enjoyment was not the priority, when my husband and I embarked on a babymaking mission. Cycles were charted, post-coital poses thought to expedite sperm travel were struck, and much pee was directed onto expensive sticks. Lo and behold, it worked. Sex + readiness = baby.

It is no small thing to grow a baby. For ten months (only in the movies does pregnancy ever work out to be nine months), I completely gave my body over to science: For this moment in my life, my body's most important function was to house and nurture this embryo so that it would evolve into a person I would one day be reminding for the umpteenth time not to talk with food in her mouth. Gestating a baby was one of the most selfless acts I ever undertook.

So while I became an attentive mother-to-be, I might have lost sight of the woman-I-currently-was, aka, a woman who really enjoyed sex simply for the fun of it.

It was time to bring sexy back.

And pregnancy, surprisingly, made for an easy time to bring sexy back. After all, the business part of sex was out of the way: I was going to have a baby that I very much wanted, so I could literally lie back and relax. No waiting 10 days to see if it "took." And that makes sex sooo much better.

As weird as it might seem, the one thing I learned about having sex while I was pregnant was that it put me back in touch with the pleasurable reasons to have it.

Without the goal of trying to get his sperm to connect with my egg, sex while pregnant was probably the most enjoyable kind of sex I ever had.

Of course, I’m talking about sex after the first trimester because I couldn’t handle any physical contact until after that point, thanks to all the queasiness and the sore boobs. But from the fourth month on, as my body expanded and morphed into a baby condo, sex was something I needed. Not only did the pregnancy hormones make me crave it, but I ached to be recognized for the woman I still was behind the growing belly.

Sex when I was pregnant was a way to feel taken care, which was even more necessary at a time when I was so focused on taking care of someone else. When you're trying to have a baby, sex isn't really about the people having it; it's about the person they're trying to create. And when you're scheduling sex, I mean, how hot can it actually be?

But once the conception part is over (which, to be clear, is lots of fun for many people), pregnancy sex can be so freeing. The focus was back on how it made us feel, not about how many lines the pee stick would reveal.

Did we have to make accommodations for my “condition?” Not really. In my last trimester, it wasn’t a good idea for me to be on my back, so we relied on other bodily arrangements. There is no wrong way to have sex if whatever you’re doing is working for you, right?

After getting over the initial worry of “Will sex hurt the baby?” (spoiler: it usually won’t), my partner and I never saw my pregnancy as an obstacle to getting off. If anything, it seduced us into doing it more. One of the great things about pregnancy is that you’re over the hump of worrying if you’ll get pregnant, and you don’t yet have a baby to tend to, which can really do a number on desire. At least, it did for me. Sure, some of my sweet spots shifted as my body changed throughout pregnancy, but it didn't affect my libido.

Everyone tells you to really take care of yourself while you're pregnant, before you become consumed with caring for a baby. They talk to you about sleep, pedicures, organizing linen closets, and freezing meals. But nobody is really out there championing you to have as much pregnancy sex as possible (if you're in the mood, of course).

So the one thing you really need to know about having sex while you're pregnant? It's one of the best ways to stay connected to the person you are, which is an essential thing to learn how to intentionally do as you're crossing through the threshold of motherhood.