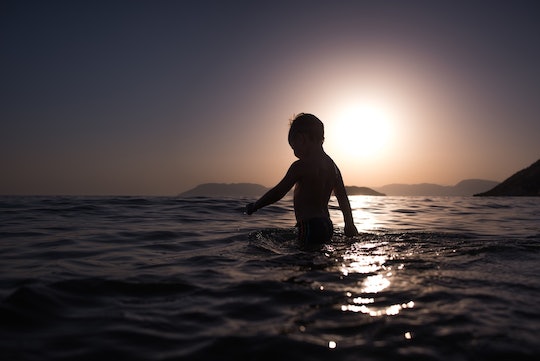 It seems as though the media is constantly pushing the idea of the "perfect" body. But what does the perfect body look like? Is it a smokin' hot celebrity mother who's got a six pack mere weeks after delivering her baby? Does it involve the bulging biceps of a shirtless man saving lives on some fictional TV show? Is it something you'd see walking down the runway of a Victoria's Secret fashion show?

Yes and no. The perfect body is not, as conventional wisdom would have us believe, in the eye of the beholder — the value of a body rests solely with the judgment of its owner. Not someone looking at it — someone living in it. If you feel great and healthy and strong and confident about your body, no matter what it looks like, then it's a perfect body. If it function how you need it to, it's perfect. None of that is dependent upon what someone else thinks about it.

If you feel great and healthy and strong and confident about your body, no matter what it looks like, then it's a perfect body. If it function how you need it to, it's perfect.

And even if you do want to talk about measuring a body's worth based on how it's perceived by other people (which I don't, but OK, we can go there), everyone has different opinions. Sure, those scantily clad lingerie models are beautiful, but so is the woman with hips and breasts and curves to boot. The hunky doctors on Grey's Anatomy are handsome, yes, but so are guys like Seth Rogen and Jimmy Kimmel. There is no such thing as one perfect body and the idea that we're all supposed to fit into a very narrow mold is almost unfathomable. Everyone is attracted to different things. Everyone has different experiences living within their own bodies. The idea that there's a single standard for beauty is completely illogical to the point of being absurd.

Silver lining: Our society has lately been making tremendous strides in the body-positive movement. Though we haven't fully accepted the many varying forms we're all packaged in (which is unfortunate because we all come in some pretty amazing packaging), we're at the very least open to the idea of accepting that, hmm, maybe people with all kinds of bodies are actual, whole human beings. That might not seem like a revolutionary idea (in fact, when you look at it like that, it seems uncomfortably obvious), but it actually is. Slowly but surely our world is warming up to the notion that every body is a good body.

For me, it's important that we continue to move forward in this process because I'm raising two kids of my own, and I don't want them to feel that their value as a human is somehow defined by the shell that they live in. I've got two boys, and though most of the importance of accepting bodies is focused around female-identified bodies (because for some reason the world still thinks we're walking sex dolls) there's a lot of pressure on men to look a certain way too, and if they don't abide by these ridiculous guidelines, their status as a man is inevitably and unfairly debated.

Why are testosterone levels questioned if a man doesn't grow a beard and drive a hot rod. Why do people even equate the substance of a person's gender identity based on their perceived level of one hormone anyway? Why do people assume that all men should live at the gym, and kill bears with their bare hands to assert their manliness? (OK, not literally, but you get the picture.) A man's entire existence isn't based merely on body hair and animalistic instincts. Like women, men are complex creatures and their value isn't measured in muscle tone (or lack thereof, or any other single physical characteristic that someone randomly decides is the acceptable standard by which all men's validity is measured). They've got thoughts and feelings and ideas that matter too, and their outward appearance has nothing to do with their importance as a person.

In a world that is constantly convincing our children that they need to look a certain way to merit any sort of admiration, I want my boys to be proud of their bodies no matter their shape. I want them to know that they don't have to be athletes or soldiers, that they can be writers or dancers or accountants or lawyers, or other things that don't require a chiseled chest to be important.

I want them to understand that a body can be more than tall or short or thin or curvy, and that being any of those things (or any of a million other things) doesn't automatically qualify or disqualify it in any way. A body is capable of creating and sustaining life, of leaving its footprints on millions of miles, and of leaving the world a better place than it found it.

I want my kids to know that a body is so much more than perfect skin and sturdy bones, and its outward appearance and physical capabilities pale in comparison to what it houses on the inside. A body is a brain and a heart and a spirit. It's a vehicle capable of driving us to every single corner of our existence. It's a temple and a marvel and a sanctuary, but most importantly it's ours.

Every person's body belongs only to them, forever and ever, amen.

Each and every body is unique and my boys need to both respect and embrace that. They need to know that there is such a thing as one perfect body — it's their bodies, and my body, and their friends' bodies, and the girl next door's body — all bodies are perfect in their individuality. All bodies are beautiful in their uniqueness.

But most importantly, I want them to know that their value as a human is not defined by their body, that their actions speak louder than their biceps, that their words, their demeanor, their treatment of others far outweighs any merit that their body might grant them.

We are all people, not bodies.