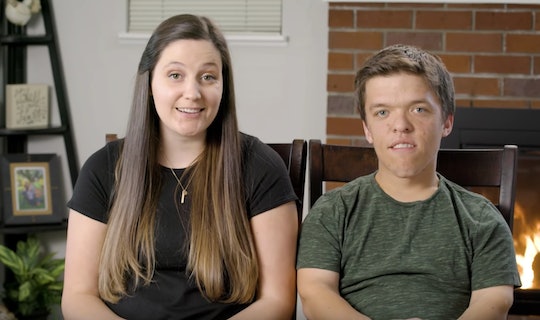 After being born just weeks apart from one another, Tori and Audrey Roloff's babies met for the first time. And, yes, they are too adorable for words. Tori and Audrey have a lot in common, and as it turns out, their kids do, too.

It's safe to say the two cousins will probably grow up pretty close to one another. And although they won't remember meeting each other for the first time, their parents were able to capture this sweet moment on camera. On Tuesday, Tori shared a photo on Instagram of her and Audrey holding their babies next to one another. "Welcome to the world cousin Bode!" Tori captioned the photo.

Naturally, Tori's followers think that this is pretty cool. Not only do the sisters-in-law each have a boy and a girl, but the four cousins will always have someone their age to play with at family gatherings. You have to admit that is pretty sweet. As one follower commented, "This has to be so fun having babies that will grow up together. God bless all of you." Another said, "It's amazing that you two happened to do this twice with your littles being so close in age."

Even Jeremy can't get over how much fun it is to have babies so close in age with his twin brother. "Twins with babies!," he wrote in the caption of his own Instagram post. "It's fun being in the same season of life together."

While these may be the first photos of Bode and Lilah together, they certainly won't be the last. Hopefully some adorable photos from a future play dates will pop up in our newsfeeds one day soon.