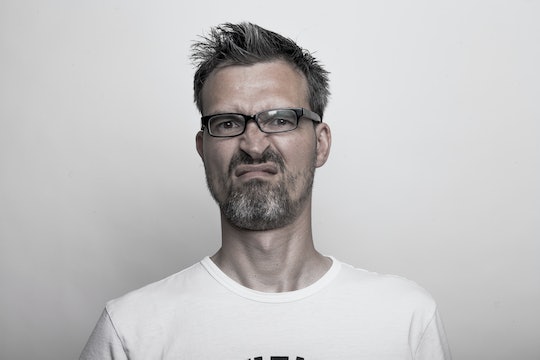 Breast milk is funny. First of all: why do we feel the need to call it "breast milk" in order to differentiate it from, say, cow's milk? Why don't we call it "human milk" or just plain old "milk" and rely on context? And why are we, as a society, so weird about it? There's no legitimate reason why we should be, which is why I asked men to describe what breast milk tastes like. Yes, partners of breastfeeding women have tried breast milk, it's not that uncommon, and talking about breast milk in such a cavalier way only works to destigmatize nursing in general. A win on all levels, my friends.

None of the men asked to share their breast milk-tasting experience were particularly put off by the question, and they all openly admitted to having had a sip or two, either on purpose from a bottle or inadvertently direct from the source. (Yes, foreplay is important, people, and in my opinion you can't let a little lactation get in the way). I was not surprised to find that many of their answers were almost identical to those I'd received from female and toddler tasters, too.

In the end, breast milk is just milk that comes from a human to sustain another human. People drink cow's milk and goat's milk rather regularly, so it shouldn't be too shocking to learn that people have tried human milk, too, including the following gentlemen: