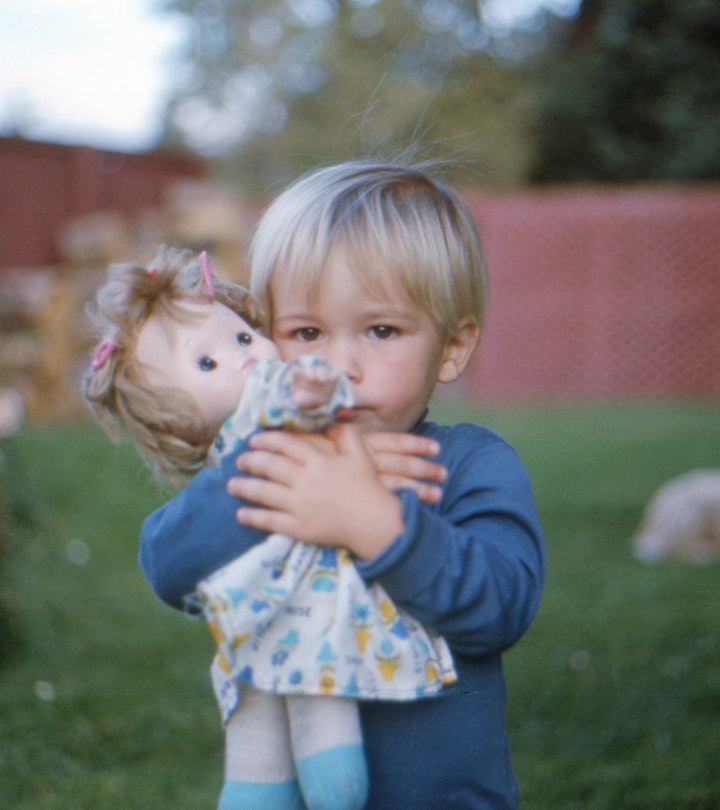 Naming a baby is a challenge. Aside from choosing something that rolls off the tongue, you have to consider that your child will carry the name you pick with them their entire life, so you want to select something that has meaning. In the South, family traditions play a big role in the naming of boys. Passing on a father, grandfather, or great-grandfather’s name is not uncommon. Nor is the doubling up of names from both sides of the family to include everyone. That’s why you hear Southern boy baby names like the ones on this list.

They’re a combination of time-tested monikers, familial titles, and names that conjure up the sites and sounds of the South — from beloved traditions like hunting or horseback riding, to spiritually inclined or historically important names.

For some inspiration, check out these sweet Southern boy names for your baby. And if a baby girl is in your future, here’s a list of Southern girl names that compliment the names below.

Pulling from historical figures of the past, proud family members, or classic characters in literature, you have plenty to choose from when it comes to Southern names for your baby boy.

It’s hard to know for certain how the name Skip came about, but some believe it’s derived from Skipper, a name for a captain of a boat. If your family has sea-going ties, this could make a great name.

With its origin in English and Gaelic, Brooks means “residing near a stream or a brook.” If you have a favorite Southern stream, this could be a nice connection to your family’s land.

Knox is a very popular Southern name right now. That could be because of it’s riff on Knoxville or just the snappy way it sounds.

Of English origin, Sterling means little star. And what baby boy isn’t the focal point of his parents’ galaxy?

The word gentry means aristocracy and if that’s something you want your boy to aim for, well then, here’s the name for him.

Fun fact, the meaning behind Calvin is “bald.” But if that’s not what you want to tell your child, maybe say that legend has it the name is lucky.

For lovers of Harper Lee’s Pulitzer prize-winning novel, there’s no better Southern boy name than Atticus. The protagonist of the Southern story, Atticus Finch is the wise attorney who defends African-American man Tom Robinson who is wrongly accused of assaulting another character from the book.

Lawson, like Jackson, means “son of Lawrence.” Naming your child Lawson is a lovely way to honor a grandfather or father with that name.

Marshall comes from Old English and means “one who looks after horses.” If your Southern family has an equestrian streak, this might make a perfect name for your boy.

Ford comes from the act of “fording a river” and was given, in the Old English tradition, to one who lived by a river.

Peace and power are the meanings behind the Germanic name Frederick. You can also give a nod to people like Frederick Douglass, the famous southern who escaped slavery and became an abolitionist.

As you might have guessed, the name Field’s meaning is what it sounds like, a “feld” or open area of land. With the South’s great farming tradition, that name works perfectly here.

Considered a unisex name, Hayden is more popular for boys. In Old English, it means “hedged valley.” Perhaps a nod to a future as a gardener?

Quinton comes from Old English meaning “queen’s settlement.” Perhaps the matriarch in your family is your queen. If you want to honor her, give your boy this name.

In Old French, Brock meant “young stag.” How’s that for a family eager to raise another young Southern hunting enthusiast?

Monroe is a very Irish name. It means someone who lives near the river Rothay. This might be even more meaningful to Southerners with Irish heritage, especially from Irish immigrants who settled Virginia, North Carolina, and South Carolina during the 1760s.

Porter means “gatekeeper.” However you spin it, this is a unique name that brings a certain air of sophistication with it.

This was a Middle English nickname meaning “fair” or “pretty.” For a handsome young Southern lad, that could be the perfect name.

Wade comes from Middle English meaning “to go.” While it’s hard for any parent to let their babes leave the nest, if you want your Southern boy to have a life of adventure, consider the name Wade.

Not surprisingly, Gunner means “warrior” in the Germanic tradition. If teaching your boy to be brave and stand up for what he believes in, naming him Gunner is a good start.

Finn means “fair-haired.” With summers spent outside at the beach, Finn sounds like the perfect name for a tow head.

Elijah is a Biblical name which might be appropriate for a deeply religious Southern family. In Hebrew it means “Yahweh is my God.”

Behold the double Southern boy baby name. Shake off any air of pretension you feel and embrace the fact that using two names for your son’s first name is just double the power when you have to get serious and tell him what to do.

If you love the Country singer John Michael Montgomery’s the touching “Letters from Home,” name your boy after him.

Dawson means “son of David,” so if you want to honor to granddads, this is a great double name.

David means “beloved” and Emmett means “universal.” Put two and two together and you could say your boy is universally loved.

In the English tradition, Dale means “valley.” If you live in a beautiful valley, this might be a nice way to tie in a nod to your landscape.

Everett comes from “hardy and strong” while James means supplanter in Hebrew, which in this context also means strength. Give your boy double the strength with this name.

Roy is a Gaelic name given to a person with red hair, which is a heck of a lot better than calling him Big Red. Add Lee, meaning “meadow,” and you have a pretty picture of a wild redheaded boy out playing in the wild.

Have another redhead to name? Go with Russell, another name, in this case Norse, for “redhead.” Then add David as a nod to being the son of David.

If you loved Mark Twain’s character Tom Sawyer, the ultimate Southern boy, then this is the name for you. Adding John makes the double name a big more unique.

William is a great name. It means “resolute protector.” How’s that for a future big brother’s name? Add West as a nod to a last name or appreciation for a region.

There’s something about the way a name rolls off a Southern tongue. Just imagine the sound of a mama hollering “Bobby Ray.” Gotta love it.

In French, Beau is the word for “handsome.” While Blake means swarthy or black-haired. Have a handsome dark-haired boy? Here’s your name.

If there’s a great last name in your family that has phased out on the family tree, bring it back by giving it to your baby boy.

Not only does this name salute the one and only Johnny Cash, it makes for a swell one syllable name that really rolls off the tongue.

Who doesn’t want their child to be an original? Encourage that by naming them Carter, which means “sojourner.”

If your name is Andrew, naming your son Anderson, English for “son of Andrew,” is a great way to keep a name in a Southern family.

There’s the obvious famous Southern whom you could name your son after. Hint: He was the 42nd President. Or you could go with the meaning, which is “bright stream” in Celtic.

In Old French, Griffon means “claw.” If you want your baby boy to have a fierce name, Griffon is it.

“Hero” is what the name Finley means in Old Irish. Whether he one day becomes a hero or is merely the hero of your heart, that’s a solid name right there.

Parker means “park keeper.” This might make a good name for a family that’s keepers of a old Southern property or home.

In Middle English, Penn meant “keeper of animals.” For a farm family, what could be a better name for a new baby boy?

Brady comes from Irish and means “spirited.” If you have a bright spirit on your hands, this name surely fits.

While President Abraham Lincoln wasn’t Southern, those who wish to embrace a united feature might choose this name for their son.

Gibbs originated as the name for one who was “son of Gilbert” but it evolved into meaning a person of bright promise.

Wilson, not surprisingly, comes from Will’s son. But that’s not all this name has to offer. It also came to mean “desire” in Medieval English.

Gaelic for “little cloak”, this is a nice way to name a boy who wants to be just like his dad. ‘

With these names to start your brainstorm, you’ll have a classic Southern boy name for your baby in no time.

This article was originally published on Sep. 5, 2021