Meaghan O’Connell is the Features editor at Romper. She works on personal essays, reported stories, profiles, and interviews about being, becoming, or wanting to be a parent (or not), and the aftermath of all of it.

She is the author of And Now We Have Everything: On Motherhood Before I Was Ready, which was a New York Times Editor's Choice Pick, a finalist for The Oregon Book Award, and named one of the best books of 2018 by NPR, Goodreads, Esquire, Powell's, and more. Her work has appeared in places like New York Magazine, The New York Times, The Guardian, and Longreads. She lives in Portland, OR, with her husband and two kids, in a very small house overflowing with books. 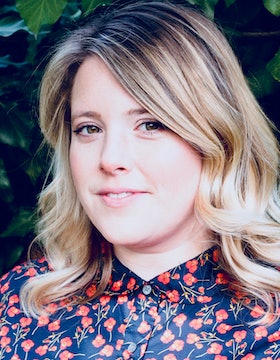 The Work of a Lifetime

Make A Plan For Postpartum, Too

A birth plan is one thing, but planning for how you will get through those first few weeks at home might be even more important.

Every family has its traditions...

'False Positive' Leans Into The Body Horror Of Pregnancy And Boy, Does It Work

The Magic Mike star on his new book, his relationship with his daughter, and playing outside in a barn for exactly 40 minutes.

The Books Our Favorite Writers Want For Mother's Day

There's Still A Lot You Don't Know About Naomi Davis

The longtime blogger-turned-influencer on her new book, A Coat Of Yellow Paint

After a year of not being perceived, I finally know what I want to wear.

Remote Kindergarten Made Me Rethink Everything

Working From Home With Shay Mitchell