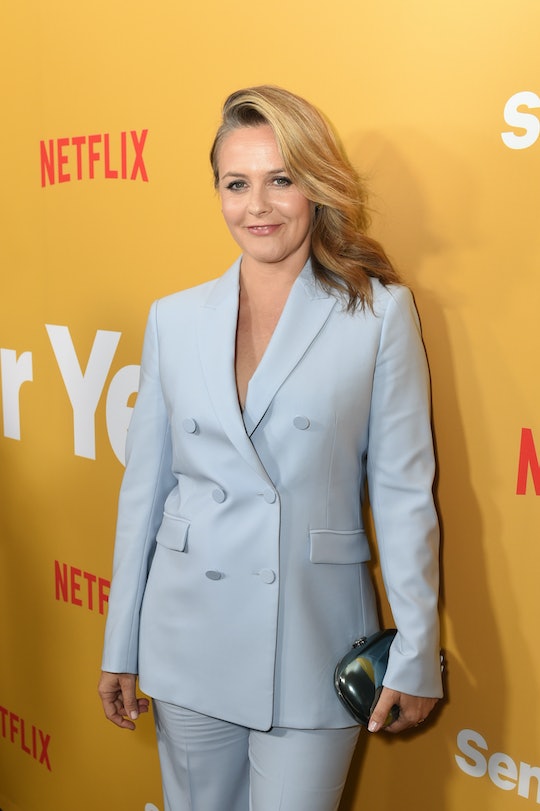 And she doesn’t care what you think about it!

Alicia Silverstone sat down for a chat with The Ellen Fisher Podcast and dished about many of her unconventional parenting decisions. The Clueless star and author shared that she has no problems raising some eyebrows with her atypical choices of co-sleeping, using the Elimination Communication method, not punishing her son Bear, and raising him as a vegan. She also revealed that her 11-year-old still sleeps in her bed.

In a podcast episode called “Taboo Parenting and Being Vegan Before It Was Cool With Alicia Silverstone,” the Kind Mama author, who shares her only son with ex-husband Christopher Jarecki, fielded many questions on motherhood. While much has been said about Bear being made fun of for his long hair, it’s his current sleeping habits that are now getting some attention.

The animal rights activist opened up to her friend and podcast host Ellen Fisher about her family’s nighttime habits. “Bear and I still sleep together,” The Crush star revealed. Silverstone has a strong sense of self as a mom and has a pretty spiritual perspective, too. “I'm a natural mama, and I'm a loving mama. I believe in love, I believe in nature and our society is scared of nature and love,” said Silverstone.

Silverstone also talked about the details of the Elimination Communication method (also known as infant potty training, natural infant hygiene, and diaper free) that she used instead of traditional potty training and diapers.

“It's so awesome. It's so easy,” she said. “When I was done feeding him, he would go to the bathroom in the toilet. When he woke up from a nap, he went to the bathroom.”

“There was a period of time where I was watching him naked and watching the cues,” Silverstone continued. “The cues part for me was really fun because I thought that he was flirting with me because he would do this little smile. That's when he had to pee.”

In terms of the backlash Silverstone often receives, the single mom is unapologetic about her independent and sometimes unpopular decisions: “I don’t really care.”

While her cheese-less macaroni and cheese and crowded bed might not be for everyone, kudos to Silverstone for daring to be different, trusting her instincts, and doing what works for the son that she adores.

“I think being a mom is the most precious and unbelievable experience in this world. For me, it’s so divine. And I wanted to savor every moment of his life,” she said. Silverstone obviously has a close and loving relationship with her sweet Bear, who co-starred wit his mom in this epic Tik Tok video — and that’s what counts.

More Like This
Kristin Bell Shared Some Sweet, Rare Photos Of Her Daughters From A Family Vacation
The Home Edit's Clea & Joanna Reveal The Grossest Things Their Kids Have Left In The Car
Kaavia James Obviously Had A Shady Response To Letting Her Mom Be Elsa From ‘Frozen’
Princess Charlotte Had A "Lovely" 7th Birthday, According To Her Parents