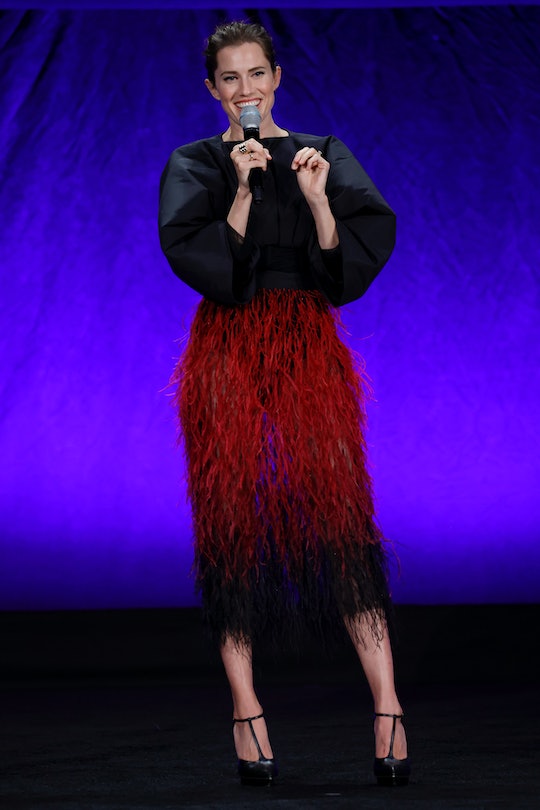 The two are reportedly “very happy.”

Congratulations to Allison Williams and Alexander Dreymon on becoming parents! The Girls star quietly welcomed a baby boy with The Last Kingdom actor last month, according to multiple outlets. Williams is notoriously private, only rarely posting on Instagram or attending public outings, so it’s no surprise she decided to keep her baby news under wraps, too.

On April 25, People and Page Six confirmed that the two had welcomed a baby boy last winter, whom they named Arlo. They were spotted in a private resort in the Bahamas on vacation, along with Williams’ dad, journalist and retired NBC Nightly News anchor Brian Williams. A source told People, “They seemed to be very happy and very much in love,” adding that the couple met while filming Horizon Line and started dating at the end of 2019. If this is true, it would mean they got together just a few months after Williams and entrepreneur Ricky Van Veen, co-founder of CollegeHumor and Vimeo, divorced. They divorced in June 2019 after four years of marriage.

The source told People, “They are both private people individually, and they made the decision to keep this happy news to just a small circle of family and friends. But they're over the moon.” The two have not publicly confirmed their baby yet.

The name Arlo carries on the “A”-name tradition of his parents. Arlo means “fortified hill” and dates back to the Middle Ages, according to Baby Center. It’s now known as someone “strong, guarded, and protected.” This little boy has certainly been protected from the public eye!

Williams recently attended CinemaCon 2022 in Las Vegas to talk about her upcoming movie M3GAN. The sci-fi horror film, which is set to premiere in January 2023, is about a creepy life-like doll built by robotics engineer at a toy company, who begins to actually come alive. This isn’t her first time playing a scary role — she also played the evil girlfriend, Rose, in Get Out.

In a February 2015 cover story for Glamour, Williams revealed that she might walk away from acting when she became a mom. “I have a lot of questions: How do I get to a place in my career where I can go be a mom for a little while, and then come back and be a mom and an actress at the same time?” Later, she clarified: “I love what I do, but I have no doubt that when I start my family, that's life. This is my job, but that's life.”

For now, it seems like she is going to continue acting and being a mom. Even if Baby Arlo won’t be able to watch her movies for a while!

More Like This
Michelle Williams Is Going To Be A Mom Of 3!
Ed Sheeran Just Revealed He's A Dad Of Two With The Sweetest Instagram Announcement
Rihanna & A$AP Rocky’s Baby Is Here!
Cardi B Shows Us All How To Change Diapers With Long Nails In Helpful & Hilarious Video