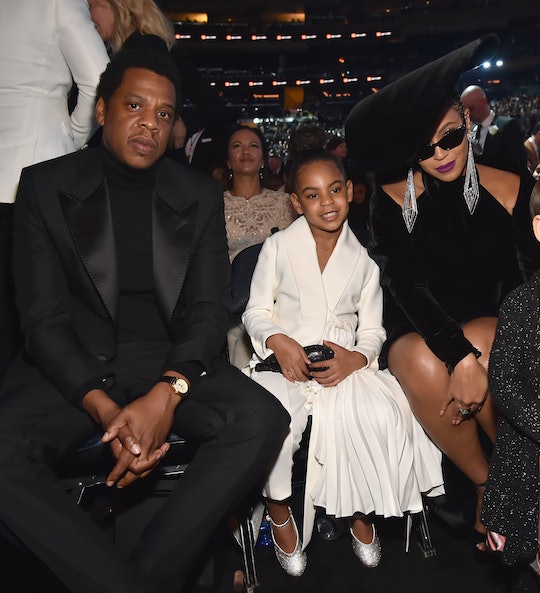 Is anyone really surprised?

Beyoncé's "Brown Skin Girl" has earned her daughter a place in Grammy music history. That's right, at just 8 years old, Blue Ivy Carter was nominated for a Grammy and has now become one of the youngest nominees in history.

"Brown Skin Girl" originally appeared on The Gift, the soundtrack album for Disney’s live-action remake of The Lion King, and was later featured on Beyoncé's Black Is King visual album, released in July 2020.

The song became an anthem for women of color, specifically Black women, celebrating the different shades and natural beauty of Black women. "It was so important to me in ‘Brown Skin Girl’ that we represented all different shades of brown. We wanted every character to be shot in a regal light," Beyoncé shared with ABC's Good Morning America back in August. "It was important that we are all in this together and we’re all celebrating each other."

This will not be the first time Little Ms. Carter has made history or headlines. Last June, Blue won her first BET award for "Brown Skin Girl," making her the youngest award winner ever for the BET Awards. And just recently, she stole the spotlight during a cameo in her mother's new campaign video for Ivy Park.

Indeed, Beyoncé's talented mini-me is building her legacy, one epic milestone at a time. Not only has she been nominated for a Grammy, but Blue Ivy also has an audiobook credit under belt. The 8-year-old is the narrator for Matthew Love's Hair Love, an audiobook about an African American father who learns how to style his Black daughter's natural hair.

Unsurprisingly, in an interview with British Vogue, Beyoncé gushed about her daughter. "Blue is very smart," she told the magazine in November. "When I tell her I’m proud of her, she tells me that she’s proud of me and that I’m doing a good job. It’s teeeeeew much sweetness. She melts my heart."