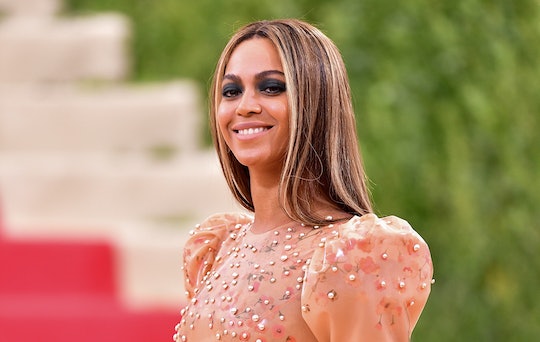 Rumi and Sir Carter are getting so big!

The Carter twins are growing up! On June 13, Beyoncé and JAY-Z’s twins Rumi and Sir Carter turned 4 years old. To celebrate, their mother posted a touching message on her website dedicated to them.

Few images have been shown of the twins, as the Carters are very private when it comes to their family life. The last public images of Sir and Rumi were shared on the 39-year-old’s Instagram page on March 31 while the family was on vacation. However, only their banks were shown in the photos of them on the beach.

Before then, quick shots were shown of the twins in Bey’s New Year highlights on her IGTV. However, their first official debut was in 2017 when they were one month old. In the now iconic photo, Beyoncé cradled the newborns while swathed in a purple-pink fabric and a light blue veil.

And every once in a while, Beyoncé talks about her life as a mother of three. In a 2019 interview with Elle, for example, she opened up about how “stressful” balancing her home life and career can be. “I think the most stressful thing for me is balancing work and life,” she told the magazine. “Making sure I am present for my kids — dropping Blue off at school, taking Rumi and Sir to their activities, making time for date nights with my husband, and being home in time to have dinner with my family — all while running a company can be challenging."

The proud mom, of course, found time to celebrate her little ones on their special day. Now, we aren’t sure how the Carter twins brought in turning 4 years old, but in 2019 the kids had a Baby Shark-themed party for their 2nd birthday. Who knows, maybe they asked for a Bluey bash this year?