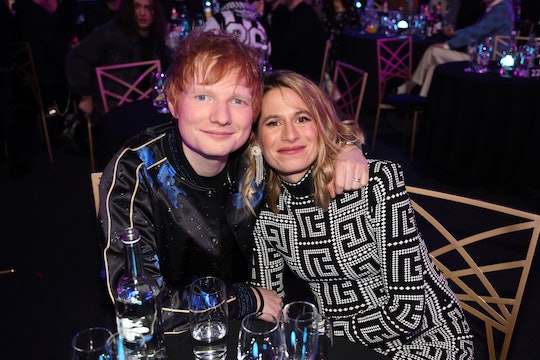 The “Shape of You” singer and his wife, Cherry Seaborn, quietly welcomed another baby girl.

Ed Sheeran and his wife Cherry Seaborn have just become a happy family of four. On Friday, the “Shape of You” singer took to Instagram to casually announce that he has become a dad for the second time, which was big news for his fans as it seems that no one knew the couple were expecting.

The proud dad did not share the name of his baby nor her due date. All he shared with his more than 38 million followers was a photo of a blanket and a pair of baby socks on Instagram with the caption, “Want to let you all know we’ve had another beautiful baby girl. We are both so in love with her, and over the moon to be a family of 4 x.”

Neither Sheeran nor Seaborn, who were high school sweethearts before marrying in 2018, had previously said anything about preparing to become parents for the second time, but to be honest that’s rather par for the course for the Grammy award-winning singer. Living as he does in Suffolk County in the UK, he tends to be intensely private about his family. And so it seems he and his wife were able to expand their family without anyone knowing.

Enter the socks and the blanket and the super casual announcement.

His announcement hearkened back to September 2020, when another little blanket and a different pair of baby socks let the world know that he and Seaborn became first time parents to daughter Lyra Antarctica Seaborn Sheeran. That time around at least Sheeran gave fans a bit of information, writing on Instagram, “Last week, with the help of an amazing delivery team, Cherry gave birth to our beautiful and healthy daughter - Lyra Antarctica Seaborn Sheeran. We are completely in love with her. Both mum and baby are doing amazing and we are on cloud nine over here. We hope that you can respect our privacy at this time.” His second announcement was joyous and brief, which feels fairly fitting for parents who are already busy with a toddler.

Since Lyra’s arrival in 2020, Sheeran has periodically opened up about how becoming a dad has changed him, telling Ellen DeGeneres in 2021 that fatherhood, “has actually given my purpose, that there’s actually something in life that’s more important than my job.”

Fortunately for everyone, Sheeran has found a beautiful way to blend parenthood and his music; daughter Lyra helped inspire his last album. And hopefully his new daughter will help to inspire another.