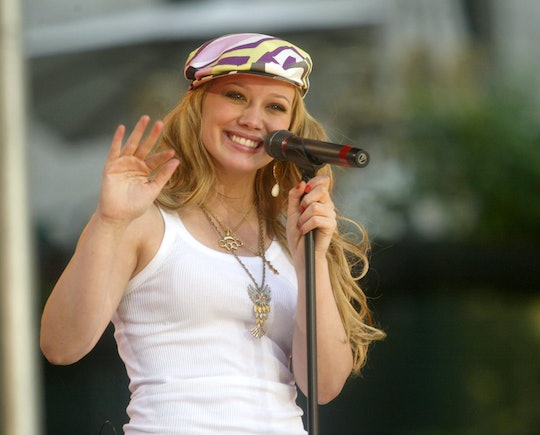 These talented moms are starting their kids off early.

It’s never too early to start a band, even if those “musicians” are less than a year old. Over the weekend, Hilary Duff got a bunch of celebrity moms and their babies together for what might be one of the most fun playdates. Yes, they had a baby music class.

The “With Love” singer and actress, who welcomed her daughter Mae in March, hosted a number of moms and their babies over the weekend for their first music class, hosted by Sweet Potato Music. Moore’s 5-month-old son August, along with High School Musical star Ashley Tisdale’s 4-month-old daughter Jupiter and Meghan Trainor’s 5-month-old son Riley, came together to listen to music, sing songs, and just do whatever cute babies do. Makeup artist Kelsey Deenihan Fisher and food blogger Gaby Dalkin were also in attendance with their daughters, both named Poppy.

Sweet Potato’s music classes are play-based and designed for how children learn, according to the company’s website. Each song in the class is meant to engage children as participants in music, teaching them about pitch while developing new skills. And it seems like all of the little ones had such a good time.

“Cutest class,” Tisdale captioned a photo of all of the babies together, shared on her Instagram Story.

“New friends alert,” Trainor captioned a group photo that she posted on her Instagram Story.

Not only are these little ones already learning about music, but they’re already making some new best friends. While this might have been their first music class as a group, Duff’s daughter and Moore’s son have already had a playdate together where they developed “a love story for the ages,” according to Moore. And although Duff’s daughter was a little less than pleased when she first met August, this time, Mae seemed more than happy to be surrounded by her new friends, even if Jupiter did give her some “strong side eye.”