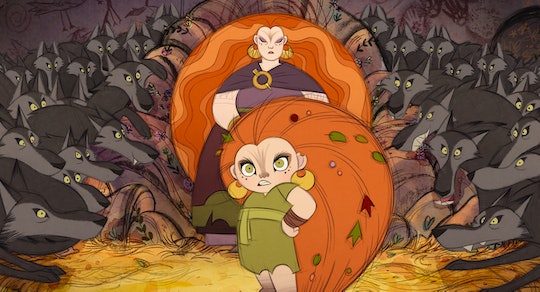 How To Watch The Oscar-Nominated Animated Movie Wolfwalkers

The flick was inspired by an Irish folktale.

The artsy, uplifting animated film Wolfwalkers is nominated for an Oscar and has gotten a lot of buzz this award show season. But before the Academy decides which film reigns supreme in the animated film category, you can be the judge and watch Wolfwalkers with your own family of cinematic critics.

Released in November 2020, Wolfwalkers is Apple’s first feature-length animated film. The movie is nominated alongside Over the Moon, A Shaun the Sheep Movie: Farmageddon, and Pixar’s Soul and Onward.

Wolfwalkers Is Streaming On Apple TV+

You can watch Wolfwalkers on Apple’s streaming service, Apple TV+, which costs $4.99 a month after a free, seven-day trial. Wolfwalkers is rated PG due to “sequences of violence and peril, scary images, some thematic elements, and brief language.” But while some parts of the movie might be a little thrilling for the younger kids, Wolfwalkers is a Common Sense Media selection for families because of the film’s positive messages and positive character representations.

Wolfwalkers Is About An Irish Folktale

The hand-drawn film focuses on a young apprentice hunter, named Robyn Goodfellowe, who sets off on a journey to Ireland to wipe out the last wolf pack. But while exploring forbidden lands, Robyn meets Mebh — a free-spirited girl and member of a mysterious tribe who is rumored to turn into wolves over night.

As Robyn gets closer to Mebh and searches for her missing mother, she gets further drawn into the world of the Wolfwalkers. It sounds like a film that has the perfect combination of suspense, folklore, and adventure, something that everyone in the family can enjoy.