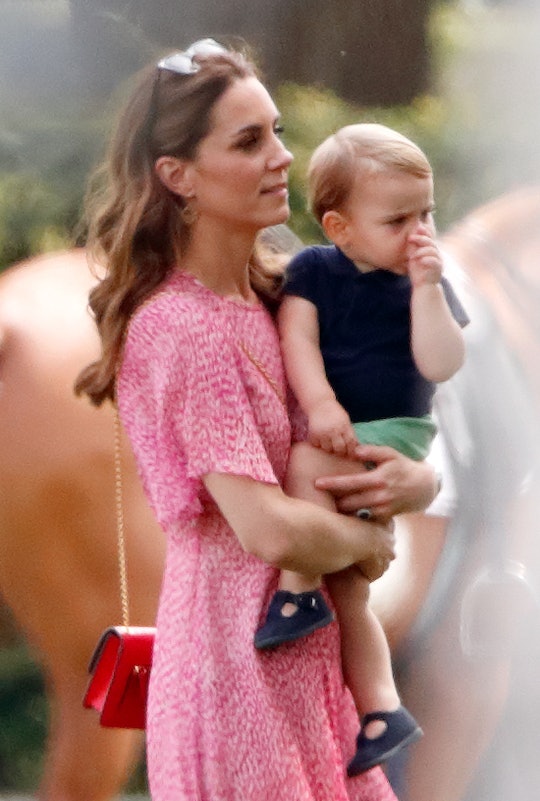 You be the judge.

Royal fans truly cannot get over how much Prince Louis looks just like his mom Kate Middleton in a newly shared throwback photo of the Duchess of Cambridge. Me included. Here I was thinking her daughter,Princess Charlotte, was basically her twin, but it seems the mother of three has some pretty strong genes passed down to her kids.

On Sunday, Middleton celebrated Mother’s Day in the United Kingdom with a few lovely posts on Instagram, one of which featured a cake her three kids had made for her. And it looks like 7-year-old Prince George, 5-year-old Princess Charlotte, and 2-year-old Prince Louis already have some serious talent in the kitchen. The cake had buttercream frosting piped in layers and was topped with candy decorations, as well as pipe cleaner hearts.

Middleton’s Instagram post also included a throwback photo from when she was a toddler alongside her mom Carole Middleton. In that photo, Carole Middleton is holding her daughter’s hand as she toddles along beside her, and it’s impossible not to notice how much the photo looks like the duchess’ youngest son, Prince Louis. Perhaps especially because she looks to be about the same age he is right now. You be the judge.

Their resemblance has reportedly even been noted by Middleton herself. A friend of hers reportedly told People last April, “Everyone always comments on how Louis is the spitting image of Kate. She loves it and thinks it’s very sweet, she often jokes that he’s the only one of her kids who actually looks like her!"

Prince George has been said to look like his dad, his grandfather Michael Middleton, and even his late grandmother, Princess Diana. At least Kate Middleton has Prince Louis, her undisputed twin.