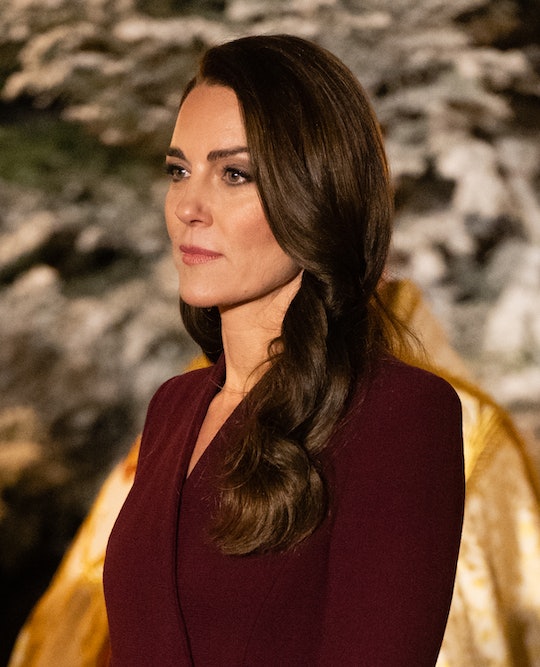 The Princess of Wales planted a wild cherry tree where both of their royal journeys began.

Kate Middleton has been keeping Queen Elizabeth top of mind throughout the holiday season so far. As this is the very first Christmas the royal family will celebrate together since Queen Elizabeth died in September at the age of 96 years old, the newly anointed Princess of Wales has been going to great lengths to honor her late grandmother-in-law. Like planting a tree for Her Majesty in a place that had special significance for both women.

Middleton visited Westminster Abbey on Dec. 14 to help plant a tree as part of the Queen’s Green Canopy, an initiative begun in Queen Elizabeth’s honor as part of her Platinum Jubilee to plant one million trees in her name. A plaque beside the newly planted tree read, per People, “This wild cherry tree, a gift from the Duchy of Cornwall, was dedicated in memory of Her Late Majesty Queen Elizabeth II by Her Royal Highness The Princess of Wales on 14th December 2022.”

Westminster Abbey was also the location where Middleton hosted her second annual Royal Carols: Together At Christmas recently, and again this event was held in memory of Queen Elizabeth. Her husband Prince William was on hand at the event to share a snippet from Queen Elizabeth’s Christmas Day message from 2012, while Paddington Bear ornaments hung from the Christmas tree as a reminder of her iconic Platinum Jubilee televised moment with the beloved bear.

Middleton has spoken in the past about spending the holidays with Queen Elizabeth, including the year she was worried that her gift of homemade chutney would not go over well with her new grandmother-in-law only to find that she served it along with Christmas lunch.

Queen Elizabeth and Kate Middleton have a lot in common. Both women of service, both mothers. One a queen from the past and the other a queen of the future. And so much of their similar journeys started at Westminster Abbey. What a fitting place to plant a tree in Her Majesty’s memory.