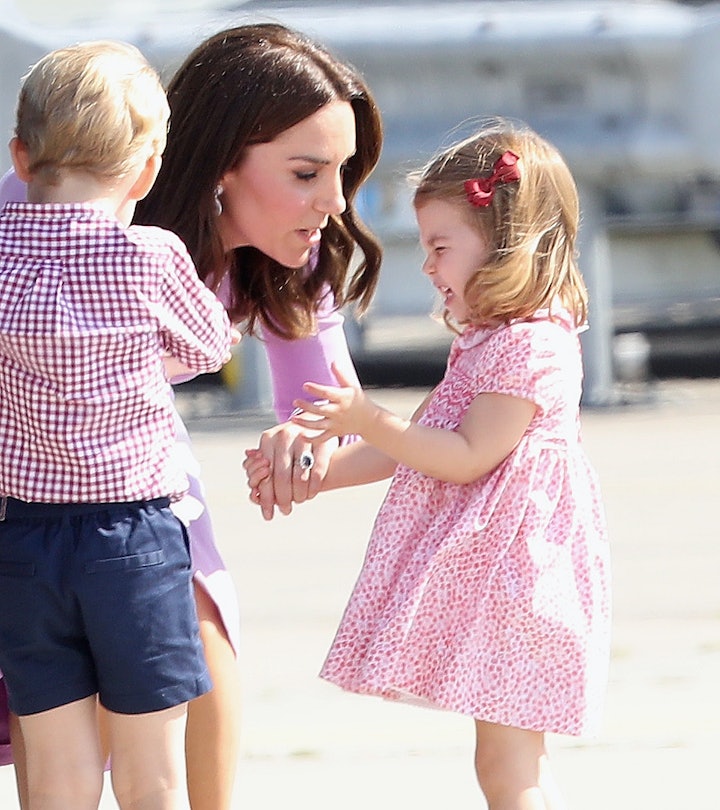 She prefers a relaxed royal abode.

Kate Middleton gives the impression of being a pretty relaxed mom. Even during lockdown, when she admitted gently that her children had “a lot of energy,” she also seemed to be enjoying her extra time with them. Gardening, raising chickens, and doing all of those healthy, outdoor activities as a family appears to keep Middleton on a pretty even keel. Either that or it’s her strict adherence to a no-shouting rule in the Cambridge household. Probably a bit difficult to pull off initially, but certainly seems to be worth it in the end.

The Duke and Duchess of Cambridge try to avoid shouting when it comes to dealing with their three children, 8-year-old Prince George, 6-year-old Princess Charlotte, and 3-year-old Prince Louis. A royal source told The Sun that the no-shouting rule applies to the way their kids deal with each other as well. “Shouting is absolutely ‘off limits’ for the children and any hint of shouting at each other is dealt with by removal.”

So how does Kate Middleton deal with her kids when they’re struggling with behavior issues? She uses a “chat sofa” to get to the bottom of things. “There’s no ’naughty step’ but there is a ‘chat sofa,’” the source told The Sun. “The naughty child is taken away from the scene of the row or disruption and talked to calmly by either Kate or William."

Considering she is raising the future king of England, it seems like a pretty good idea to get shouting under control and encourage her kids to talk out their problems. Otherwise she could have a right royal mess on her hands. Although considering Middleton’s husband Prince William is a fan of eating pizza on the sofa, it’s possible it is already a right royal mess.

Kate Middleton’s decision to keep yelling out of her house could potentially be tougher to adhere to as her kids get older. After all, Prince George and Princess Charlotte are only two years apart and already fighting over what music to listen to in the morning as they get ready for school, according to dad Prince William. And as little Prince Louis gets older, he is certain to join in on the fighting. If he hasn’t already.

This busy mom of three might want to enjoy the peace and quiet while it lasts. All good things must come to an end, after all.