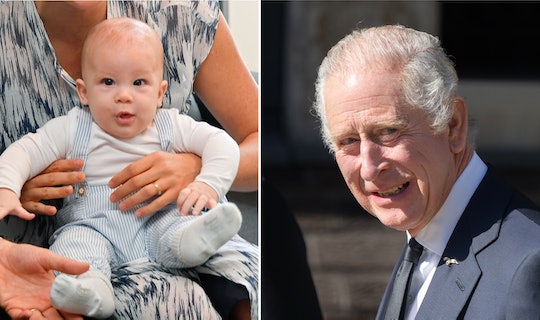 King Charles has announced the date of his official coronation and royal fans will absolutely recognize the significance of the date. The coronation will be held on May 6, 2023, the very same day that his youngest grandson, Meghan Markle and Prince Harry’s son Archie, turns 4 years old.

The royal family Twitter account announced the date on Tuesday after much speculation about when the coronation might happen. “The Coronation of His Majesty The King will take place on Saturday 6 May 2023 at Westminster Abbey,” the tweet read. “The Ceremony will see His Majesty King Charles III crowned alongside The Queen Consort.”

Of course, royal fans know that Archie Harrison Mountbatten-Windsor, son of the Duke and Duchess of Sussex and grandson to King Charles (although not yet named a prince but that’s a whole separate kettle of fish), was born on May 6, 2019. Which means his grandfather will be officially crowned King of England and his step-grandmother Camilla Parker-Bowles will be crowned Queen Consort.

Beyond Archie’s birthday, May 6 has important historical significance. King George V became king on May 6, 1910 when his father King Edward VII had a heart attack and died that day. As King Charles’ great-grandfather, King George V actually changed the original name of his royal house to Windsor from Saxe-Coburg-Gotha after World War 1, which is the name it still carries to this day.

This is the second time an important royal event has fallen close to the birthday of one of the Sussex kids. Lilibet “Lili” Diana, the daughter of the Duke and Duchess of Sussex, celebrated her first birthday during Queen Elizabeth’s Platinum Jubilee celebrations in the UK in June, and her family celebrated with a backyard picnic at Frogmore Cottage. Whether or not Archie will be celebrating his fourth birthday in England remains to be seen, although it does seem likely that he will travel with his family to London for the historic coronation of his grandfather... and perhaps a little party for himself, too.