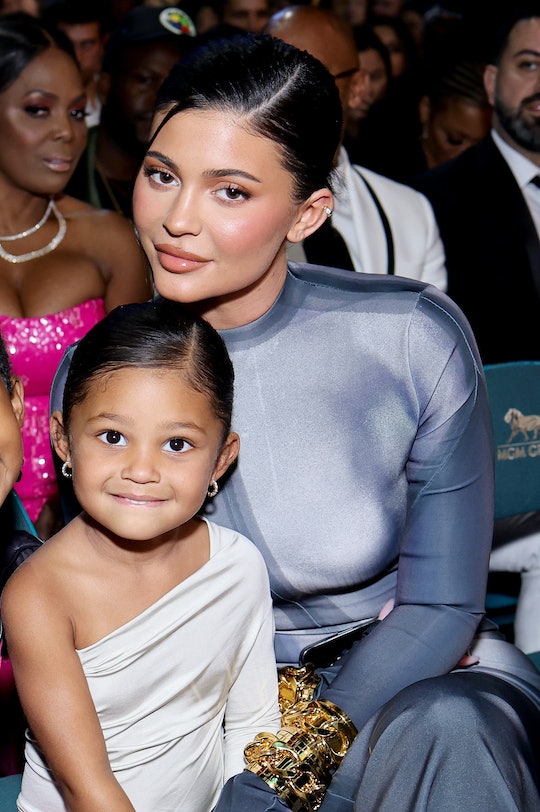 It feels like just yesterday that Kylie Jenner and Travis Scott nearly crashed the internet with the birth of their baby girl, Stormi Webster. It was, in fact, 2018, and we aren’t the only ones who can’t get over how quickly time has flown since then. Her mom is getting emotional remembering how her sweet little girl used to let her pick out her outfits, but it seems that day is gone. Fortunately Stormi has a staggering closet of designer clothes to pick from, so it seems unlikely she’ll have too many issues.

The mom of two took to her Instagram Story to share a series of throwback photos of Stormi posing in various outfits. A pair of overalls over a t-shirt, for example, a track suit with sneakers, a little pink bathing suit with matching sandals. Her reason for sharing these photos was simply the passage of time.

“She doesn’t let me dress her anymore,” Jenner wrote on the post with a series of sad face emojis. Such is life with an independent preschooler.

While the loss of those baby years when you get to make all the decisions for your little one can be distressing, there are definite bonuses to having a preschooler in the house. Especially one as entertaining as Stormi. The little girl was delighted to learn all about volcanoes in a backyard educational moment with her dad recently, and it’s also probably a whole lot easier to take Stormi out to do things like go on shopping sprees with her cousins at Target or have a brunch date with her parents.

Besides, the Kylie Cosmetics mogul does have a little baby boy to dress up however she likes as well right now. Sure, we don’t actually have any clue as to what the boy previously known as Wolf Webster is named at this point, but we do know he has more shoes than most. Which is especially hilarious since he was born in March and presumably not yet walking.

Kylie Jenner still has loads of fun years ahead with her daughter Stormi. She just won’t be able to style those years for her independent little girl.