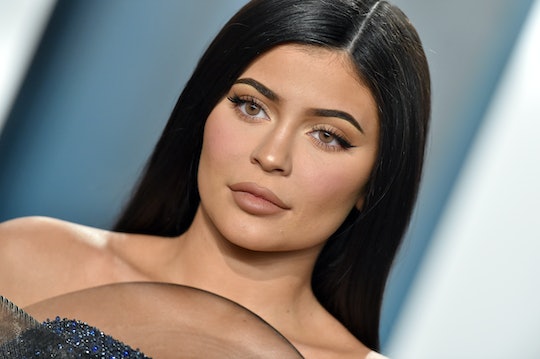 We can I move in?

Kylie Jenner just keeps outdoing herself when it comes to over-the-top kids stuff. And that’s no small feat when you think of everything her 3-year-old daughter Stormi has already experienced in her young life. We all remember the extravagant birthday parties, the toys, the clothes. Now that Jenner is having a second baby, she’s planning a lavish nursery for her little one. And from a behind-the-scenes peek she shared on Instagram, this room is going to be exactly as lavish as you might expect.

The Kylie Cosmetics mogul confirmed that she and boyfriend Travis Scott are expecting their second baby together in an Instagram video in September, and since then she has been sharing little tidbits about her pregnancy. Which feels pretty generous considering she went full radio silence when she was expecting Stormi back in 2017, only going public after her daughter’s birth in February 2018.

These days, Jenner is doling out little slices of her life as an expectant mom of two on social media, and her fans love it. On Wednesday, for instance, she shared a glimpse of her second baby’s nursery, which is still in construction, on her Instagram Story. And naturally it’s really something.

Jenner’s nursery looks to be the size of a generous studio apartment, with walls that look to be made out of MDF wood, arched windows, toy shelves, and a spot carved into the wall for a possible bed. Let’s not forget the built in ladder that looks to lead to a top bunk, so maybe she’s planning on either giving Stormi a space in her baby sibling’s room or perhaps is planning ahead for when they’re older.

Because the nursery is in the early stages of construction, it’s tough to tell the theme. It could be nautical, perhaps, or something closer to a fairy tale castle with all of the interesting windows. Knowing the details of Stormi’s lavish nursery, I think it’s safe to expect that this will turn out to be just as bougie.

Other details about Jenner’s second baby remain to be seen. She and Travis Scott have not shared whether they know if the baby is a boy or a girl, although she has been sharing a lot of blue imagery on her Instagram feed so perhaps read from that what you will. And her due date also remains a mystery. If construction of that nursery is anything to go by, she probably has a few months to go yet.