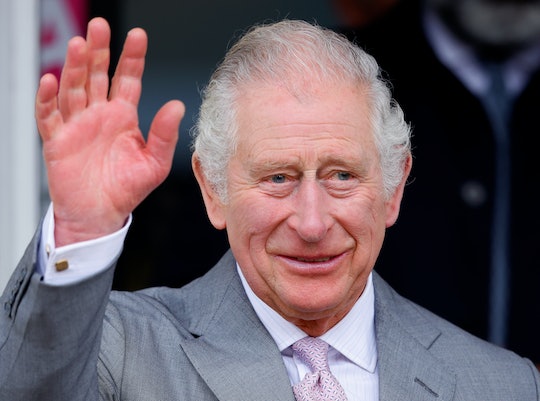 In honor of Earth Day, the Prince of Wales has challenged kids around the world to draw or paint their visions for the future they’d like to see.

Prince Charles was a passionate conservationist long before it was popular. As the future King of England, a father, and grandfather, his dedication to protecting the environment has become even stronger through the years. And now Prince Charles has reached out to children with an artistic challenge in honor of Earth Day and the release of a new picture book titled It’s Up To Us. The Prince of Wales has asked children around the world to draw what they would like the world to look like in the future and submit their creations online.

“Children have a unique curiosity for nature and this amazing planet we call home,” Prince Charles explains in his foreword for It’s Up To Us, written by Christopher Lloyd. “This is because part of being young is knowing that we are, in fact, part of Nature ourselves.”

“All the people in the world need to do everything they can to keep Nature healthy so that people and animals can be healthy,” Prince Charles continues. “This means that we need all of the world’s countries, cities, businesses and organizations to work together.”

Prince Charles wants to inspire children to see the world the way he does. And so he has issued a challenge for Earth Day. “What the world needs is for children all around it to imagine the type of future you want to build. I don’t know about you, but I love to draw and paint,” he said. “So here’s my challenge to you: take a blank piece of paper and draw, paint or write about the future you would like to see, one that puts nature at the heart of everything we do.”

“Take out your crayons, your paint, whatever medium you like to use and share with us your vision for the what the future you would like to see looks like,” the website for the challenge explains. “Is it streets lined with green trees? Flying electric cars? Wind powered bicycles?”

Children are encouraged to share their creations and tag Clarence House on Instagram so that Prince Charles can share some of his favorite visions for a brighter future. You can also submit your children’s artwork on the “It's Up To Us Challenge” website.

It’s Up To Us is a children’s picture book featuring the work of 33 artists from around the globe sharing their own personal love letter to nature. Written for kids 6 years and up, It’s Up To Us takes readers on a beautiful, lyrical voyage through nature while reminding readers of the damage wrought by climate change and offering action plans for a brighter future. The book is based on Prince Charles’ Terra Carta, a road map towards sustainability he released through his Sustainable Markets Initiative.

Prince Charles has passed his passion for the environment along to Prince William and Prince Harry, and praised both his sons for their dedication to the environment with their own initiatives. And of course, as a grandfather of five himself, he has an eye on the way our world continues to be affected by climate change.

Perhaps his own grandchildren will submit their visions of what they think the future could look like for their grandfather to see. The Cambridge kids are already little environmentalists themselves, having met legendary conservationist Sir David Attenborough , and Prince George has even taken part in a side of the road litter clean up.