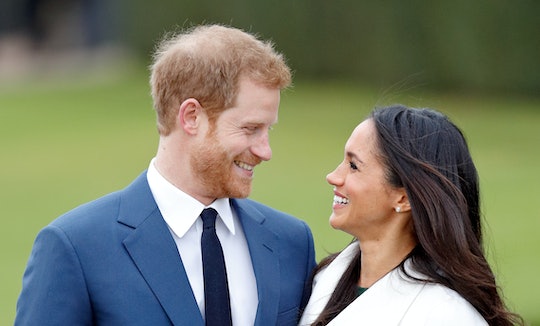 “I knew I had found a soulmate in my wife.”

There is no doubt that Prince Harry is head over heels for his wife Meghan Markle. Even putting aside the fact that the couple walked away from their senior royal roles in 2020 to protect their little family, moving to California and starting a whole different life together, it’s just written all over his face whenever she’s with him. And during a recent speech for the United Nations in New York City, the Duke of Sussex opened up about his first moments of realizing Markle was his “soulmate.”

Prince Harry addressed the UN assembly as part of Nelson Mandela Day, a day that means a lot to him for many reasons. Not the least of which being his own deeply personal connection to Africa and the way it has connected him to two of the women he loves the most; his mom Princess Diana and his wife.

“For most of my life, it has been my lifeline, a place where I found peace and healing time and time again,” Prince Harry said in his speech, per People. “It's where I felt closest to my mother and sought solace after she died, and where I knew I had found a soulmate in my wife.”

As the story goes, Markle and Prince Harry went on a romantic five night camping trip in Botswana just days after their first date, and that was the moment the couple were able to really invest in time together. “I managed to persuade her to come and join me in Botswana. We camped out with each other under the stars. She came and joined me for five days out there, which was absolutely fantastic,” Prince Harry told the BBC in 2017 after their engagement. “So then we were really by ourselves, which was crucial to me to make sure that we had a chance to know each other." He went on to give Markle an engagement ring created with a diamond from Botswana as a reminder of their pivotal time together there.

Four years later, the couple are parents to their son Archie and his 1-year-old sister Lilibet “Lili” Diana. And they look just as in love now as they did in those early days. Soulmates indeed.