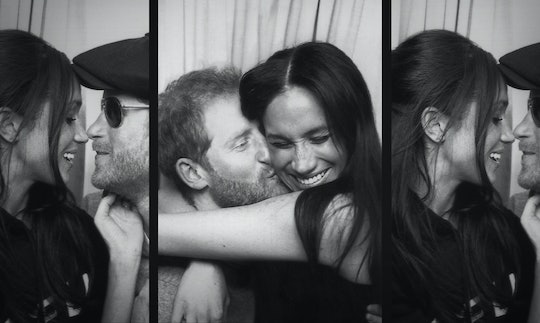 “Their decision to step back mentions nothing of privacy.”

In the wake of Prince Harry and Meghan Markle stepping back from their senior royal roles and building a new life together in California, there was an oft-repeated claim that the couple were attempting to carve out a more private existence. Their reported desire for privacy was frequently brought up by their critics whenever the couple appeared in public. Perhaps even more so after they released their new Netflix docuseries Harry & Meghan. And now the Duke and Duchess of Sussex are responding to those critics by shutting down those privacy claims. It turns out that was never the issue.

Following the release of their documentary’s first three episodes, the couple’s spokesperson released a statement specifically about the speculation that they had stepped away from their royal roles for a private life. “Their statement announcing their decision to step back mentions nothing of privacy and reiterates their desire to continue their roles and public duties,” a Sussex spokesperson said, per People. “Any suggestion otherwise speaks to a key point of this series. They are choosing to share their story, on their terms, and yet the tabloid media has created an entirely untrue narrative that permeates press coverage and public opinion. The facts are right in front of them.”

When Meghan and Harry announced their decision to step back from their senior royal roles in January 2020, they shared a joint statement on the now-inactive Sussex Royal Instagram explaining that they intended to split their time between the United Kingdom and North America. “This geographic balance will enable us to raise our son with an appreciation for the royal tradition into which he was born, while also providing our family with the space to focus on the next chapter, including the launch of our new charitable entity,” they explained at the time. Indeed, there was no mention of seeking out privacy in their statement.

Since then, the couple has launched their charitable entity Archewell, Prince Harry has written a memoir called Spare, which will be out in January 2023, and Meghan has her weekly Archetypes podcast where she amplifies women’s voices along with their Netflix docuseries. They are raising their two children, 3-year-old son Archie and 1-year-old daughter Lilibet “Lili” Diana, at their home in Montecito, California. And perhaps most importantly, they are doing their best to control their own narrative.